Sheffield Eagles take on Workington Town in the RFL Challenge Cup this Sunday and will hope they can capitalise on what looks an easy fixture on paper.

The last time these two faced off was four years ago in 2016 when the Eagles came out on top as 62-0 winners.

Boasting a head to head record of 6-1 Sheffield Eagles have been tipped by pundits for victory with odds of 1/20.

Workington Town who are two leagues below Sheffield Eagles are early into their season, but will be confident heading into the match, having played two matches, winning one and losing the other.

👀 All eyes back on the @Coral #ChallengeCup this weekend as we host @WorkingtonTown at the Keepmoat Stadium.

🙌 The last time we got to this stage, we had to get past @Swinton_Lions in the fourth round.

Sheffield will hope they can forget their recent form after suffering six loses in their last eight matches.

The Eagles will need to have a strong run in the RFL Challenge Cup to make up for their extremely worrying form in their league, as they stand in a lowly 11th position, three places from the bottom.

The match will be played at the Olympic Legacy Park, Sheffield this Sunday at 2pm.

Tickets for the game are still available on the Sheffield Eagles website.

Sheffield Eagles look to bounce back against Leigh Centurions 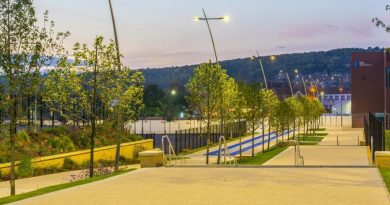