Sheffield locals are supporting charities for Half Marathon 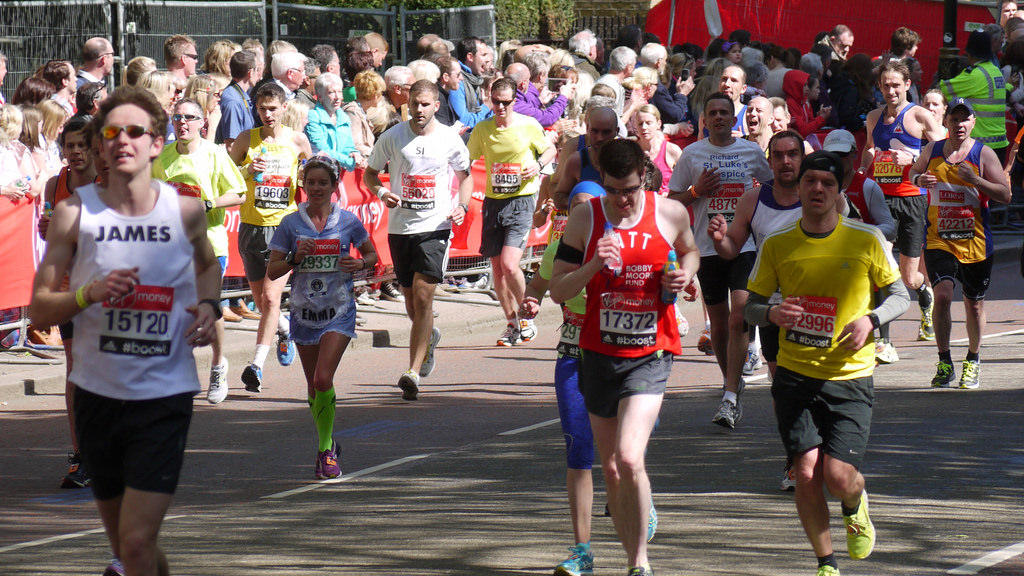 Sheffielders are set on raising funds for charities in preparation for the ASDA Foundation’s Sheffield Half-Marathon which is returning at the end of the month.

ShefNews spoke to different local participants that are calling people to support their charitable activities that they are linked to on personal and professional levels.

Amy Jenkin and The Perinatal Plodders

Amy Jenkin, 39, of Meersbrook, a clinician at the local Perinatal Mental Health Service, has currently raised £921 for the Sheffield Young Carers and the Light charity with her team, The Perinatal Plodders.

She said: “We are slow but determined. Both charities mean a lot to us because we have seen the effect mental and physical ill health can have on families and we want to help support everyone to have the best start to family life that they can.

“We also lost a friend in December who had a heart attack while out running at 47 years old, and Rich was a big supporter of SYC, so we feel like we have picked up the baton for him too.”

The Perinatal Plodders are a collective of a clinical and mental health professionals who support families.

The Light charity works to support families who suffer from mental health difficulties around the time of having a baby, and Sheffield Young Carers support children who find themselves in a caring role very early in life.

Anastasia Voynishka, 21, and Maria Frolikova, 20, from Upperthorpe, Sheffield are taking part in the half marathon for the second time. Their team will be running to raise money for Sheffield Children’s Hospital. Maria said: “People tend to forget their New Year’s resolutions very quickly. For me, Veganuary became a lifestyle and now I am looking forward to finishing the Half Marathon, of course, for a great cause.”

Alexander Tartakovskii, a professor of Solid State Physics and a leader of 2D materials research group at the University of Sheffield, will be running his first half marathon to raise funds for Parkinson’s Disease research. He told ShefNews: “Running is good for health. I’ve been involved in running since last October, in a program called “Ten Ten Ten”. I started running three times a week. It made me feel good and keep fit.

“This time, I will run for Parkinson research fund which was set up by the University. We only need to pay £10 to raise money for a good cause. For now, I’ve raised £145 so far. But I still need more. I hope people would spread the word and get more sponsorship for me.

“It must be enjoyable to run in such sunny weather, I’ve been training quite a lot. I get excited and really look forward to it.”

Participants have posted about their plans on Twitter and Facebook. Some of the charities that they are all fundraising for include Dream Big Ghana Foundation that supports organisations aiming to relieve poverty in Ghana, The Christie Charity that focuses on enhancing hospital services and DKMS UK, which helps those suffering from blood stem cell donors. 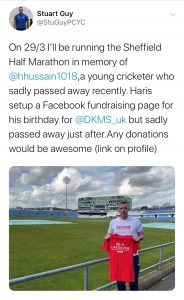 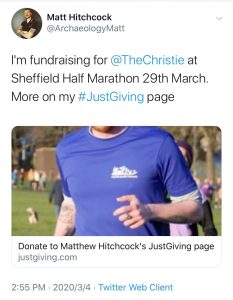 Our team has also created an interactive map with the half marathon’s checkpoints and information regarding toilets and supplies for participants, which you can find below: