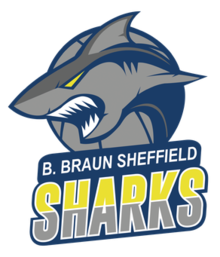 The B. Braun Sheffield Sharks have an important weekend ahead of them as they prepare to play Worcester Wolves on Friday evening.

The Sharks are in high spirits ahead of their British Basketball League fixture, fresh from two victories last weekend. They found differing ways to win, highlighting both the skill and resilience within the current squad.

Nick Lewis was the standout performer, hitting six threes out of seven on Friday evening to restrict a late Manchester Giants rally in a 92-80 win. Sunday was a tighter affair against Newcastle Eagles, edging them out in a close 67-66 triumph.

Your B. Braun Sharks make it a two-win weekend with victory over the Newcastle Eagles!

They face a Worcester Wolves side who convincingly beat the Eagles 95-79 in the North East last Friday and pushed new league leaders Glasgow all the way on Sunday in an 86-91 close-fought thriller.

Worcester currently sit in third place with an 8-5 record in what is proving to be a very tight league season. A win would see the Sharks go 2-0 for the season against the Wolves and move level on points with a game in hand.

In the previous fixture between the two sides in early February, the Sharks ran out convincing winners in a 76 – 69 winners.

Wolves have vastly improved from last season, largely due to the influence of their Coach, Matt Newby and his smart recruitment, notably the signing of Amir Williams. The 6ft 11 forward is a man for the Sharks to be wary off averaging a double double (15ppg 11.7 rpg).

Five more games await for the Sheffield Sharks in March which is set to be a very busy month and one that could prove vital in shaping their season.