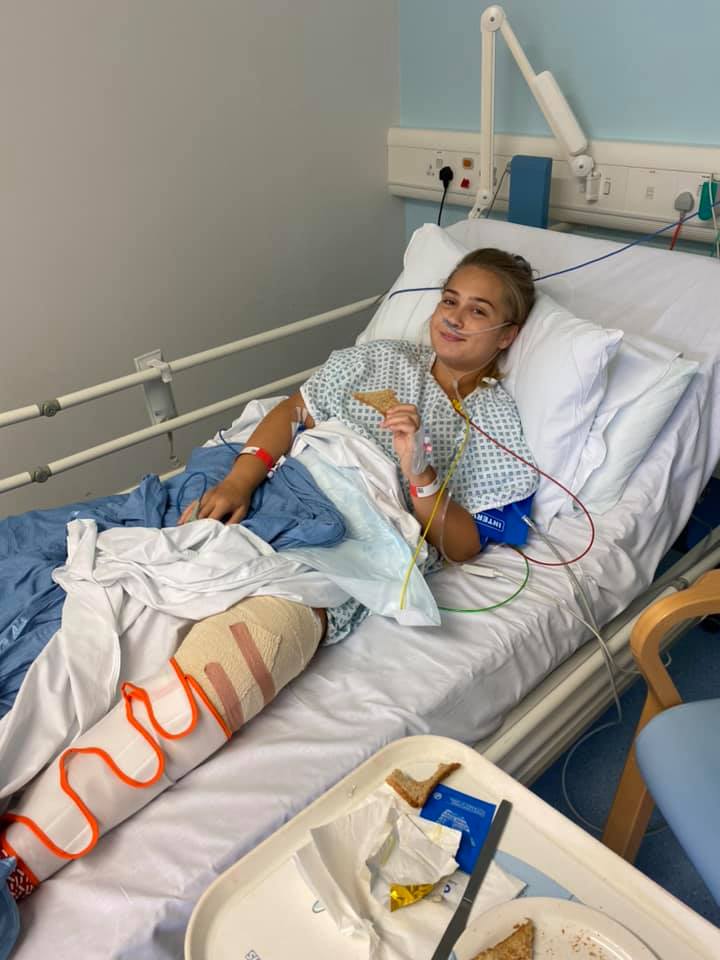 After years of living with an immobilising disability I am given the chance to have a life-changing procedure but there is a cost, I could risk my life and now I’m left with an agonising decision.

As told to Olivia Schofield.

What do I choose?

The thought playing on my mind as I stare blankly at the cocktail of medication that sits in front of me. Unlike most teenagers this is my daily reality, a never-ending stream of medication, hospital appointments and tests. 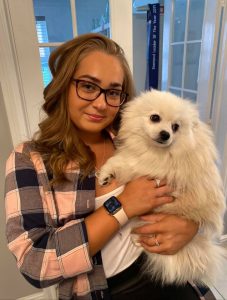 I live with the condition Juvenile Idiopathic Arthritis, which leaves me in crippling pain every day, whilst the arthritis eats away at my cartilage. Now at 16 I am barely mobile, leaving me dependent on a wheelchair.

However, I can’t shake off the thought of the choice I have to make. I have the chance to have a normal life after a bone marrow transplant, which would take the arthritis away and stop the pain. The problem is, it is dangerous. So dangerous it might kill me and now I’m faced with an agonising decision. Is it better to live with the pain, becoming very disabled and be alive, or risk the treatment because it gives me a better life?

The memory of when the pain started is still very clear to me today, it was like any other morning of our family holiday. We had gone to the seaside where we walked along the beach, but the further we walked I felt this sharp ache in my legs, which turned into a burning pain. I begged my parents to carry me, as the pain continued to run up my legs. But they brushed it off because they couldn’t understand why a five-year-old would need to be carried.

After that morning we came back to our home in Hemsworth, where I laid on the floor refusing to walk, because I was in so much pain.

My Dad was concerned and annoyed because he thought I was throwing a tantrum.

He turned to my Mum and said: “Right I’m not taking this anymore, I’m taking her to the hospital”.

They took me to Pontefract Hospital where I spent weeks having tests. The problem was, they couldn’t find what was hurting me. One day my best friend, Claudia, from primary school came to visit. We ran up and down the long hospital ward, playing games and chasing each other. At this point my parents were livid, they apologised to the doctors for wasting their time. But as they were just about to take me home the doctors stopped my parents. They said they found something in my blood and that they were concerned, as they didn’t know what it was.

More weeks passed until they finally confirmed the diagnosis. However, I don’t remember being diagnosed with my condition. It wasn’t a big deal because I was so young, it felt like something had been wrong with me for such a long time.

It went on like this for years. The hospital was like my second home. I was tested for so many things, but the doctors weren’t telling me anything or doing anything because they weren’t sure if my diagnosis was correct.

Confusion spun round me, whilst the pain progressed every single day.

When I was properly diagnosed at the age of 8, I started getting onto the bigger more serious drugs. What started off as a few, ended up being 15 tablets every single morning and more at night to help me sleep. Every Friday afternoon I had a weekly injection which my Mum did for me, because I was just too young and not confident enough to do it myself. I remember one afternoon I was so upset because all I could think about is why, why am I the only one in my class going through this? 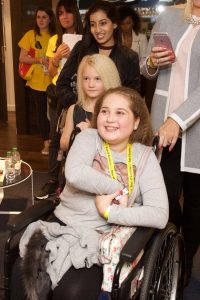 As the years went on, I was hardly in school because of the pain which meant I couldn’t concentrate on my work. Often, kids at school would say I was lying and would make fun of me. So, trying to explain it to my friends was difficult, as I didn’t understand my condition myself. I became very private and I never told anyone why I was on crutches, or why I limped or had adaptations where I sat in class.

When I was 12, the doctors said my ankle was badly damaged and I needed to have some serious surgery. My family were devastated, we didn’t realise how bad the condition could be.

After the surgery, I was immobile and miserable for six months, I became trapped at home and I lost all independence, it was hard because I no longer recognised myself.

One day as I sat on the sofa my sister, Felicity, ran into the room begging my Mum to watch her dance. As she begged I felt tears stream down my face. All I could do was sit and cry. I loved dancing and once dreamed of being a professional dancer.

Eventually, the pain was so severe I needed my ankle fusing this meant at 13, I had to accept I was never going to be able to wear heels or dance again.

By the time I was able to go back to school, I had to wear a bulky surgical boot and I became very self-conscious about the way I looked. So, meeting a boy was the last thing on my mind, but one day my friend asked me to message this guy she fancied, Leon. After messaging and seeing each other at school we became good friends, as we got on so well. When I first met him, he made fun of my boot and sometimes I’d even say I’d broken my ankle just to play it down. I never thought we’d end up dating but after months of messaging, we started seeing each other. By this time my friend had moved on and was happy for me to date him. But, as we started getting serious, it was harder to hide the truth of my disability, as I relied on my wheelchair when I went to places. I was surprised when we went out on dates that he was fine with it all. I think that is what I liked most about him, he made me feel so confident that I didn’t have to hide my disability anymore, because he understood everything. 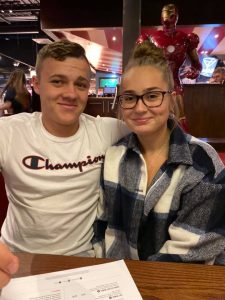 After I left high school at 14, I tried home tutoring for a while, however I decided not to do my GCSE’s, as I had missed too much school work to do them. Instead, I took a course in makeup which was something I was finally passionate about. I set up my own makeup business where I’ve met some of the friends I have today. 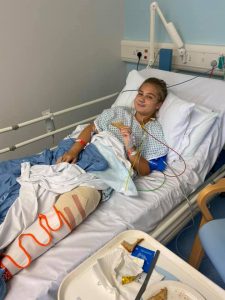 Today my condition has deteriorated, I have good days and bad days. Good days, see me heading to the shops with my friends pushing me in my wheelchair, which means so much, as it gives me the independence I crave. But on bad days Leon or my parents will be with me for another round of hospital appointments.

Earlier this year, I had a knee replacement and could face having multiple surgeries in the future. But now I can’t afford for the arthritis to destroy the movement in my neck, hips or elbows.

So now I’m left with the choice. Continue living in pain or go for the bone marrow transplant, but risk my life?

The decision has worried me for a long time now, which has been exhausting. But I’ve made the difficult decision to go ahead with the bone marrow transplant. I am scared but it’s a life-changing procedure that would give me the chance of a normal life. I’ve realised since being diagnosed, there is more to life than my condition. Even though I haven’t exactly had an average teenage life, I am grateful for everything I have. My family and my boyfriend support me and have grown to understand my condition and so have I. I am now working hard to expand my makeup business and hope to build my future outside of my disability.

What is Juvenile Idiopathic Arthritis?

Juvenile idiopathic arthritis is a chronic autoimmune condition affecting children under the age of 16, where the body’s defences start to attack the joints, causing inflammation leading to joint pain and reduced mobility.