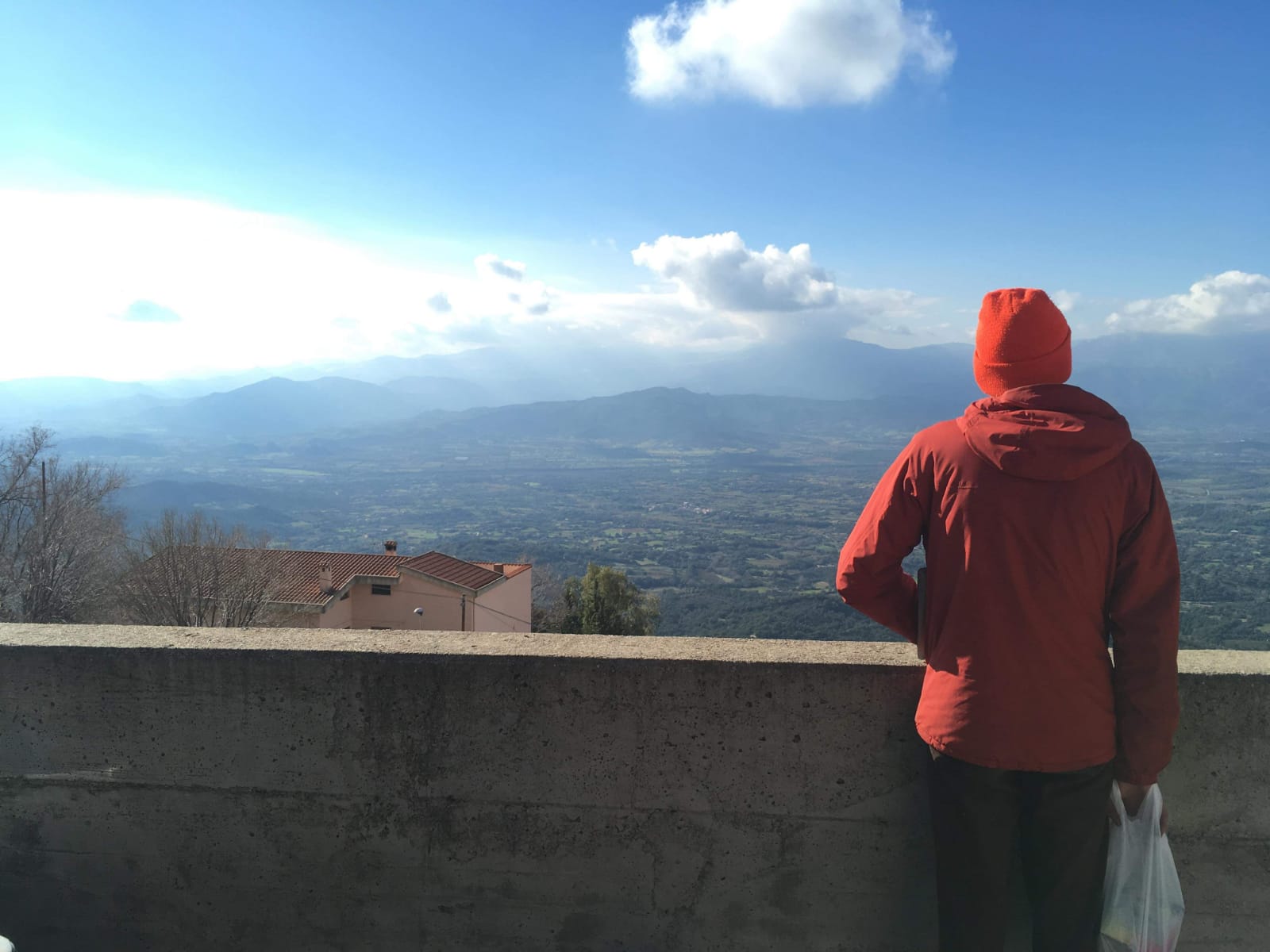 At 16, Ed Hoon, a long-distance running prodigy, didn’t know what to make of the sudden feeling of being scooped out from the inside. It was an explosion of pain that violently redefined his life. This is his journey, narrated by Sraddha Sabu.

Ed felt like a baby again. Pain lanced through his chest in crimson throbs, and he was helpless in its clutches, oblivious to everything except for his mother’s presence. The brisk rattling of stretcher wheels resounded as he clung to his life in Chesterfield hospital’s beige corridor.

It had started only a few months ago. He was 16, at his usual shift at the local pub when a writhing pain swelled inside – he passed out in the walk-in freezer but tried to soldier on. “Growth pains?”, his mum asked. One night, he woke up gasping for breath; in Berlin, it was fainting. Finally, an X-ray showed his heart at the centre of his chest. Pneumothorax. A lung had collapsed.

“You’re young, it probably won’t happen again”, his doctor said. Except it did. After a sneezing fit, he had barely a lung to survive on and his dad had cried driving him here.

He opened his eyes to the stench of human blood and faeces. This big room with white curtains separating the beds housed an array of humans at the edge of life; some had wanted to die and some hadn’t. Next to him, a woman’s family came to say their goodbyes. Straggly old men who hadn’t washed or shaved for months lay dead-eyed and silent.

Turning to the commotion nearby, Ed watched in horror as a demented man lunged towards him, arms raised.
…

Growing up, Ed was always the weirdo, he tells me. In a primary school careers session, the kids were asked about their future. “I want to marry a rich woman and be a house-husband.” he’d said, barely 8 at the time. Conventional educational frameworks were anathema – he was never any good at his lessons and he was dyslexic. He felt like the butt of an unspoken joke.

But in the outdoors, in the field of heaving one limb after another endlessly to the limits of teeth-gritting endurance, Ed was an undisputed phenomenon. Pushed into sports from childhood, he’d started running because his PE teacher said he wouldn’t and by a tender 14 years of age, he ran a marathon a week. School finished at 3 o’clock and he’d be off in the evenings, in the cool, crisp air and rolling green hills of Wirksworth, Matlock. For competitive swimming, it was 20 hours.

When in the summer of 2014, the villages of Matlock were having their fetes, sprawling festive occasions for general merriment, Ed was eyeing only the fell races. Hungry for a challenge, he lied about his age and joined the under 25s category for adults. He won.

The man turned out to be the organizer. Ed was disqualified promptly, sheepish.

Ed at the Tansley Hill Race in 2014, taken from the Tansley Parish website – http://www.tansleyparish.com/TansleyVillage/TansleyHillRun.html

But those three days in A & E had blacked out his childhood. His chest had been stabbed for a drain, he couldn’t walk and the man with dementia had to be restrained. He hated the food and screams kept him awake all night. In the ward, his days fused together – 7 am mornings to the artificial light, pain medication, Jeremy Kyle on TV and the walk to WHS smith for a change of scenery. It took two months instead of a week. Day by day, or else he would lose his mind.

On New Year’s Eve, 2017, a few weeks after being home, he was driving to Sheffield, singing along to the radio when he relapsed. He ignored it and went home the next morning.

“You know, my lung collapsed last night. I didn’t go into hospital because I wanted things to be normal, but can you take me now?”

He was in till February, with multiple surgeries and a staph infection. The chest drain remained till March. It destroyed him.

He’d dropped to 43 kg from 60 over these months and his memories had disappeared down some black hole – he felt robbed of everything. Both running and swimming gave him panic attacks. Who was he anymore? School and sixth form were distant prospects. Would they even understand? His closest friend had only visited him once over these seven months – he’d made a new best friend. Ed had had enough – he was an adult now. He moved out and started to work at a leisure centre in Belper.

On one shift, he met a co-worker, Dan who talked at length about his twice-a-week indoor climbing excursions. To Ed, bristling with solitude and a hungry emptiness, this was an open challenge. To hell with this guy, he was looking for something, anything to fill the void, so he went along to the Unit, Derby. He would be better than Dan. He reached out to the climbing wall.

It felt like breathing again. Like water coming down a stream. This is my calling, he thought – he could use his body to express himself. From that point on, he just had one love – a huge passion for climbing. That Christmas, what he should have spent on rent, he spent on scraps of climbing gear from eBay, in anticipation of the ascent outside.

Hell-bent on doing this by himself, he went on his first outdoor climb early 2018, armed with basic knowledge from climbing at the wall and YouTube videos. There was snow on the ground and it was bitterly cold, but the sun had been on the rock and it emanated heat. He could feel the warmth in his fingers, as he clung to its unyielding jaggedness – it felt like the rock was giving him life. Everything he had been stripped of in the hospital was rushing back to him, his soul flowing back into his body. The screams, the blood and stench faded away until it was only him and the warm rock that existed in this cold world.

Back at the climbing wall, Dan, a 60-year-old local legend and pioneer struck up a conversation with him. He’d started to make ripples in the Peaks climbing community. They laughed, chatted, talked about professional cycling and Ed found it uncanny how similar they were. Soon they enjoyed a rare friendship, climbing together often and Dan was like a mentor and father. He found more company – out of a contrary, cocky desire to outdo his best friend’s new best friend, he’d asked him on a climb. They tried to go on some of the hardest routes in a battle of cojones, didn’t make it up any and ended up laughing at the fiasco. Their friendship had been forged.

Ed in Sardinia, Italy, on a climbing trip at the end of 2019

He gained weight, becoming healthier – no longer dwelling on the unspeakable past. He was inspired by the world around him, those explosions of rock that burst upward in his native homelands. Every day, he was the one who decided how hard he climbed, how many risks he would take. Cautious at first, his family grew proud of how he was so good at something he enjoyed.

The journey wasn’t easy. A year later, he found himself 18 metres above a pile of rock with no protection, crying. He’d just made a split-second decision that had saved his life. Fighting depression, climbing had become a means of exercising his suicidal thoughts and he’d been overboard, in the top UK ascents almost every week that summer. But the feeling had returned – life wasn’t worth the selfishness of hurting yourself.

The summer of 2020 was the best summer of his life – over the months of lockdown, he climbed 5-6 times a week and it was a window of solace amidst the pandemic. One day, he asked Dan to belay him on an extraordinarily hard route. Weeks had been spent in practice, perfecting the moves.

“That’s a sick route, Ed.”, said Dan, as he heaved himself to the summit.

He beamed, almost tearing up as he looked down at one of his favourite people in the world – his greatest inspiration, friend and mentor in climbing.

Now twenty-two and a university student, Ed still navigates the landscape of his losses. Every year, with September come the nightmares and PTSD. Two weeks ago, his lung collapsed and he was at the hospital, terrified. But this week, on a snowy morning in the Lake District, he was atop Mount Helvellyn on his first ice-climb, looking out at the soft masses of clouds spreading out before him.