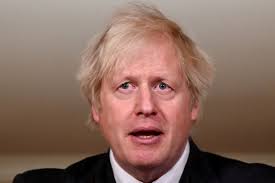 A ‘long and hard road back to normality’ with no holidays along the way. Boris Johnson announced in last night’s Covid-19 briefing. Viewers tuned in to watch as the PM addressed the nation with an update on the nation’s battle with coronavirus at 5pm last night.

The update came with less than a week to go until the vaccination target date, yet the Transport Secretary Grant Shapps warns it’s ‘just too early for people to be certain about what we’ll be able to do this summer.’

He said; “We do not know where we’ll be in terms of cases, deaths and vaccination” by the summer.

The transport secretary also touched upon an ‘international system’ for checking travellers to see whether they had been tested or vaccinated. But stated this should not be likened to a Covid Passport.

Prime Minister Boris Johnson is set to lay out the roadmap out of lockdown in an announcement scheduled the week of February 22, but at present didn’t give any certainty as to whether Brit’s would be getting away this year.

The Cabinet Minister has indicated travel restrictions may not be eased until everyone in the UK has had Covid vaccinations.

Mr Shapps said the easing of restrictions depends on international vaccine progress relaying that the plan out of lockdown would be determined by ‘the vaccination program internationally, because people will be going outside of our borders. It’s too soon.’

Reminding the British public that the lockdown exit strategy is dependent on the success of the vaccine roll out, Mr Shapps claimed that current rules would remain in place until the vaccine rollout reaches a level for travelling to be safe – both in the UK and internationally.

In contrast to this, Health Minister Matt Hancock revealed, prior to the announcement, he had already booked a summer holiday to Cornwall to Tory MP’s.

Growing concerns about different strains of the virus being found in the UK as Johnson announced the grim death toll of 114,851 to the nation.

Have your holiday plans been affected by the latest public briefing? Get in touch with ShefNews and tell us about any interruptions to your summer holidays in light of the announcement.