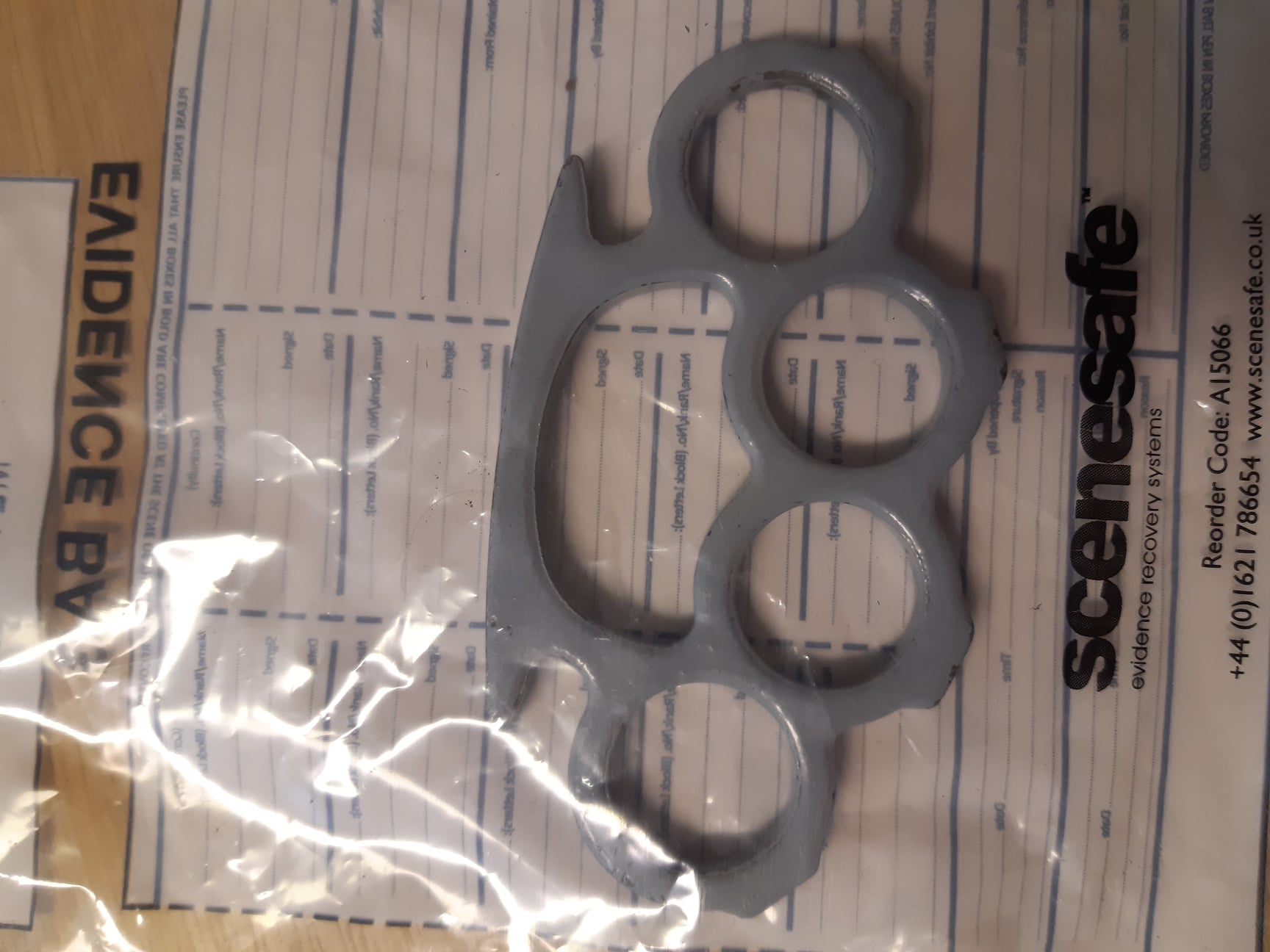 Stop and search in Sheffield City Centre claim meat cleaver, knuckledusters and drugs amongst 55 of their proactive patrols carried out this lunchtime.

Tasking Team Sheffield are responsible for tracing the city’s most dangerous criminals and prolific offenders, arresting 64 individuals in January alone for serious crimes.

Sergeant Nick Kean said about the searches carried out today, February 11: “Whilst one of our key roles as a team is to locate long-standing and dangerous offenders, we also carry out patrols right across the city with the aim of disrupting organised crime.

“This month stop searches by my officers have led to a meat cleaver being removed from a man in the city centre, knuckledusters being seized and the recovery of Class A drugs such as heroin.

“We’re operating in lots of different parts of the city but have a particular focus on areas where we have received reports of violent or serious incidents.”

The Sheffield Tasking Team also assisted other departments with 14 warrants during the first month of the year, supporting with property searches and seizures.

Sgt Kean said: “As a team we’re across a full spectrum of offences; dealing with domestic abuse perpetrators means we’re helping safeguard some of the most vulnerable people in our communities.

“Then by carrying out proactive stops and searches, we’re identifying and apprehending people who are involved in organised crime and drug supply across the city and taking weapons off the streets.”