‘It’s Our City’ Campaign for Change 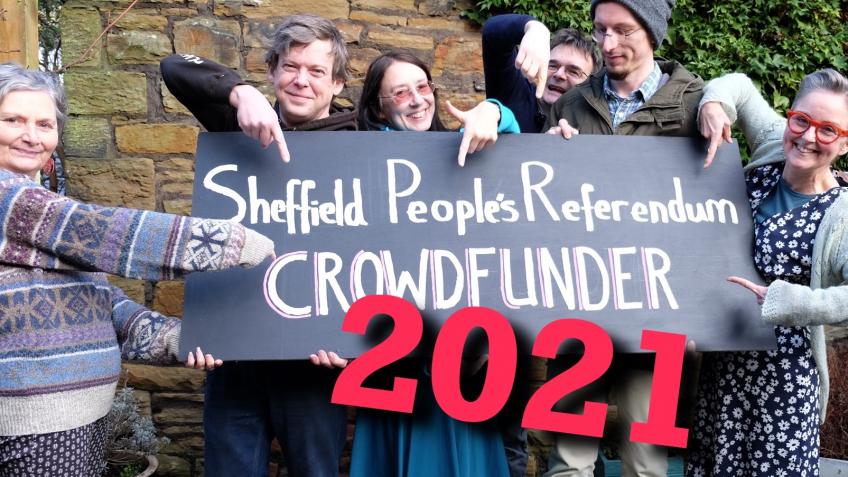 IT’S OUR CITY community group is looking for support as they relaunch the Sheffield’s People Referendum campaign for the 2021 local elections.

It’s Our City is trying to change the way Sheffield City Council make decisions. As a non-party political community group, their aim is to campaign for a more democratic council as currently, the power to make decisions is in the hands of just 10 out of 84 councilors from one party.

Ruth Hubbard, 57, a campaigner for It’s Our City, has said: “Referendum is the only way to ensure that all elected councilors will have meaningful say in decision making.

“To be represented is the minimum that people expect. Top Down strong leadership doesn’t fit Sheffield.”

They are campaigning for the council to change to a new Modern Committee System which would be more open, representative, cooperative and accountable.

The community group has said: “We think this undemocratic system leads to weak decision making, poor partnership working and a lack of cross-party cooperation.

“Citizens and communities often feel ignored by our Council.”

In 2019, 26,000 Sheffield voters signed a legally binding petition to secure this referendum organized by It’s Our City.

Ms Hubbard added: “The council has now lost the right- as a result of the statutorily binding petition- to decide the way it operates. That’s now down to us as voters!”

In the future Sheffield will be a democracy. Delivered by citizens and communities. #sheffref21 https://t.co/mMDwhvVlLJ

The Sheffield’s People Referendum will go ahead on 6th May 2021, after it was postponed last May as a consequence of the Coronavirus Outbreak.

Due to government bans of face to face campaigning and leaflet delivery by volunteers, It’s Our City have most recently launched a crowd funder page, with a target of raising £4,000 in order to help get their message out there via delivered leaflets.

They have currently raised £1,740 and have 28 days left on their crowd funder page.

As a campaigning group, they now need the public’s help to communicate that the referendum is happening and are hoping for people to donate and share their effort to make a change in the city.