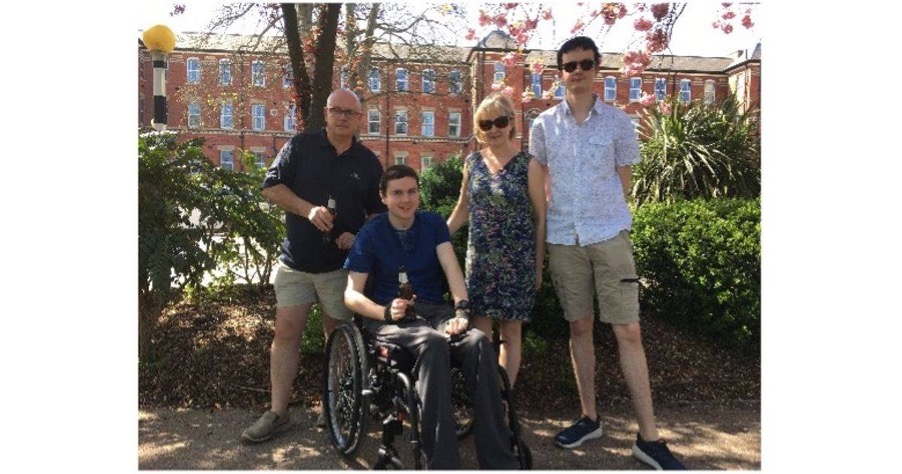 ROTHERHAM HOCKEY CLUB began a series of fundraising campaigns after young player, Chris Parke, suffered a fractured neck while on a hockey tour in the summer of 2018 and have now raised £6,250.

The accident left Chris Parke, 23,in a wheelchair and paralyzed below the waist with limited upper body strength.

This was life-changing for Chris who started hockey at the age of eight: “I started by playing tournaments, then I moved onto Saturday games where you’re playing with adults.

“Around the age of 16 I got my level one coaching and I coached the junior section of the club up until I had my accident.”

After months of surgeries and care from Steps Rehabilitation Centre in Sheffield, he was able to return home in October 2019.

Rotherham Hockey Club completed their first fundraiser, while he was in intensive care, a sponsored walk around Rother Valley Park.

James Swinscoe, Vice-chairman of RHC said: “We had a really good turnout, from family members of Chris, to friends of the hockey club in general, the fundraising snowballed from that.

“We decided to open a JustGiving page and that was remarkable. The donations were coming from throughout the country, from people that had never ever played hockey before that just wanted to support Chris in his time of need.

“It was quite heartening that people are still willing to care despite not knowing Chris.”

He added: “We had a number of signed GB shirts we were able to auction which Barry supplied, a number of hockey sticks he supplied that were signed and a full goalkeeping kit from George Pinner who’s the current GB goalkeeper.” 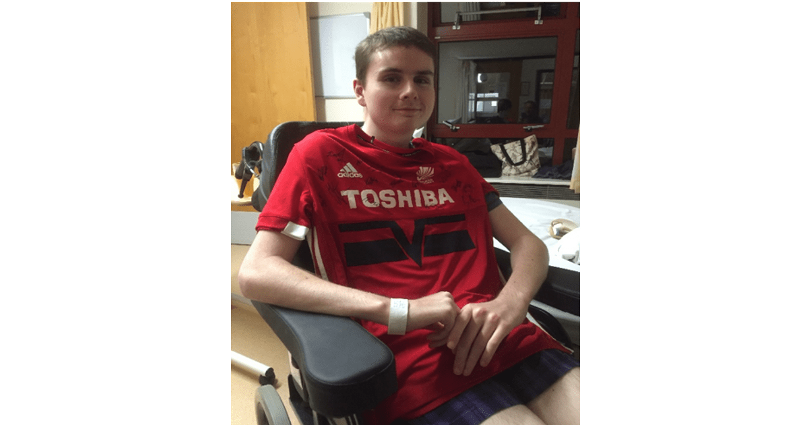 Chris sporting one of the signed team GB hockey shirts

The club were able to auction those items off and raise a substantial amount of money.

Chris was overwhelmed by the support he received: “It was all a bit surreal really, it’s something that you would never even think of. It showed how hockey is more than a sport, it was a family showing itself.”

The total money raised has helped to buy grabs and standing frames and to transform a garage at his family’s home into a flat designed for wheelchair access.

He now aims to start wheelchair rugby: “It’s the interaction with other players, you can pick up little tips to make you more independent.

“I’ve tried loads of different sports but I’m going to settle for wheelchair rugby because of that team sport aspect.”