Loxley Valley victory as council votes to save the trees 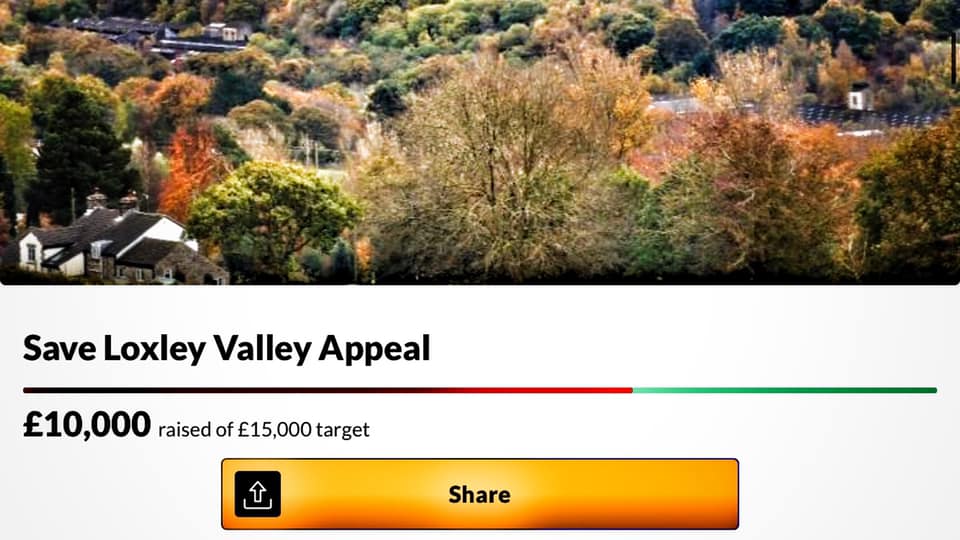 This comes as a victory for local campaign groups who are amidst an ongoing battle to stop Patrick Properties from building hundreds of properties on the green-belt land, a plan that city bosses initially rejected.

The order will protect the oldest trees that cover a half-mile stretch alongside Storrs Bridge Lane, near Loxley Valley Road.

Tina Gillian, chairperson of Friends of Loxley Valley said: “One of our members put the application in because these trees are in a part of the site that would have to be demolished if the plans went ahead.

“Building 300 houses means an awful lot of land clearance would have to happen, and we wanted to save as many of the trees in our area as possible.”

In the report, council officer Jack Foxall said that the trees in question are “are of significant local amenity value” for both the local community and the environment.

Mrs. Gillian also added: “Apart from that the UK is also trying to meet its carbon reduction target, so we can’t have trees to be cut down unnecessarily.”

Patrick Properties have issued an appeal against the rejection, but the TPO means they will have to rethink their plans and approach.

A Government Planning Inspector will hold a meeting in April to decide whether the appeal gets approval.

The Friends of Loxley Valley and their CPRE partners have also launched a crowdfunding campaign called ‘Save Loxley Valley Appeal’, which they hope will be a ‘fighting fund’ to raise the money needed to fight the appeal.

You can find the campaign here.