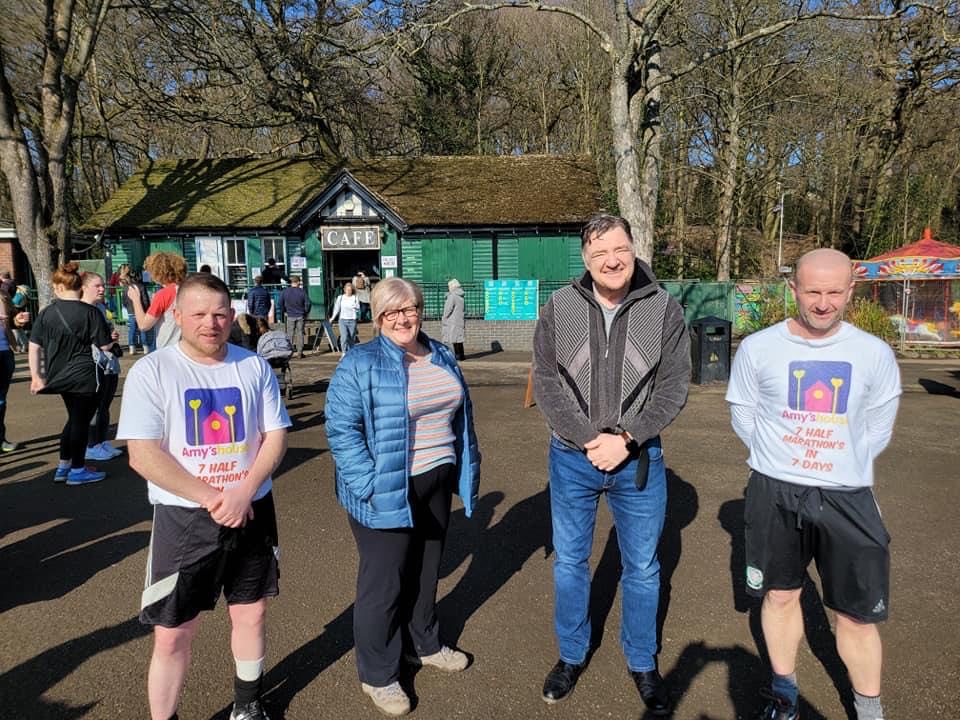 A Sheffield dad described feeling like his ‘legs were falling off’ after completing seven half-marathons in seven days to raise £3,500 for charity.

Neil Rhodes, 44, initially set a target of £500 to on his Just Giving page but has smashed it with donations now standing at £3,434, nearly seven times the first target.

He’s now auctioning a signed Sheffield United shirt to further support Amy’s House charity, which provides a specialised environment for children with special needs, and supports their development while also providing respite for carers and family.

He said: “If you imagine every muscle in your lower body’s hurting, you’ve got blisters, you’re knackered, and tiredness as well. After I’d done them I was knackered, I was just falling asleep on the settee.” 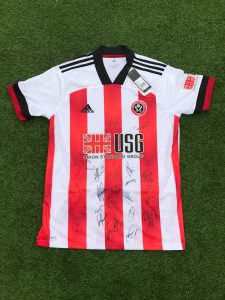 Neil, a garage owner from Ecclesall, normally plays football, but had been running more in lockdown with restrictions limiting his chance to take the pitch.

He’d previously ran two half-marathons in his life, and only gave himself two week’s preparation for the seven, completed in the last week of February. He was joined by Dean Bagley, who fitted the runs around his full-time job.

Neil added: “It was quite spontaneous. While I was on the run I was thinking whether I could do a half-marathon anymore. I ran 20km and didn’t feel too bad in the morning.

“Next day I said to my missus ‘what do you think of this for an idea?’ She said I’d never do it so as soon as she said that I thought I’ll set up a page and do it!”

A contact at Sheffield United successfully arranged for the shirt to be provided, and Neil’s currently taking bids on the replica, with the winning amount also going to Amy’s House.

The money raised will buy new equipment for young people to use at the charity’s Norfolk Park base, and pay for new carpet and furnishings for a ground floor refurbishment.

Jayne Beckett, whose late daughter Amy gives the charity its name, greeted Neil at the finish of his final run and later said: “We were absolutely amazed by Neil’s fundraising for us. It’s a wonderful donation for us as with the pandemic all our fundraising activities had to stop, we’re so grateful to him.”

People can donate on the Just Giving page, as well as bidding for the signed shirt by messaging Neil on Facebook.