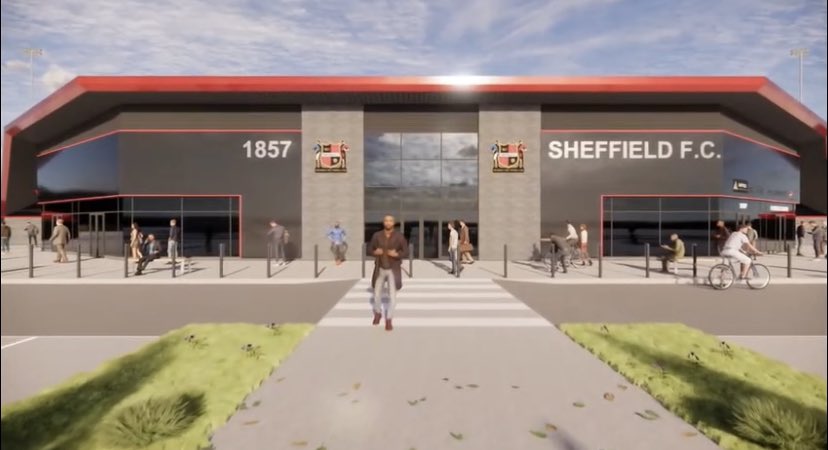 Non-league club Sheffield FC have claimed that a new stadium could allow the club to become more sustainable.

Plans for a brand-new stadium with 4,000 seats were unveiled last week, with the club planning to return within the borders of Sheffield having played in Dronfield since 2001.

Richard Sheldon, the club’s General Manager, said: “New facilities will give us the opportunity to try and become a little bit more sustainable.

“We can have function suites, and we’re looking at leisure facilities which will be available for the club to use. We use a lot of third-party venues for training, at great cost to the club.”

The Covid-19 pandemic has wreaked havoc on the non-league pyramid, and Sheffield FC only managed to welcome supporters through the turnstiles for brief periods when tier rulings allowed it.

Since the tier system was abandoned, fans have been banned from grounds and the club’s season has been curtailed.

In order to allow the club to bounce back in style, paying spectators will be relied on and the club are confident that a new stadium will attract fans.

Mr Sheldon said: “We’re under no illusions, as Sheffield has two professional teams and is closely surrounded by others.

“But we believe the facilities will help us attract more spectators.” 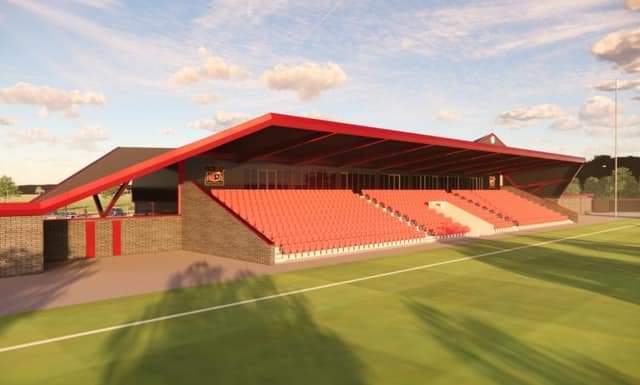 An artist impression of what the new stadium could look like.

The club remain fond of their Derbyshire ground, but have been seeking a home within the city of their origin for years.

Mr Sheldon said: “Dronfield has been great and it’s a really good ground for us, but we would like to get back to Sheffield.

“Sheffield FC has a lot of history, but one thing it has never had is its own home.”

The club have even considered the idea of a visitor centre, where fans could enjoy showcases of football memorabilia and learn more about their rich history.

Mr Sheldon added: “Having the new stadium will allow us to have facilities and perhaps a visitor centre where people can pay homage to the heritage of football.

“There’s still a lot of work to do, but everything is looking promising.”