Tramlines Festival gets the 2021 ‘Go-Ahead’ 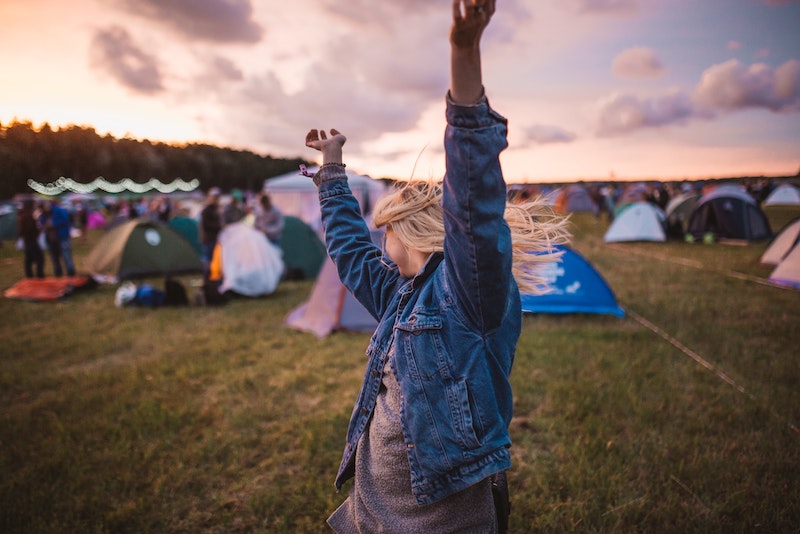 Sheffield’s Tramlines Festival has been given the ‘go-ahead’ following the government’s recent Covid-19 roadmap out of lockdown.

The provisional plan rests on a ‘normal’ summer, with hopes of the country being coronavirus free by June. 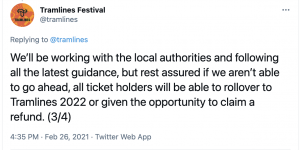 Following government guidelines, Mr Deadman said: “primarily, the safety of people has to come before everything.”

Ticket buyer, Lucie Heaton, said: “I’ve missed gigs and festivals so much that if the leaders say it’s safe to go forward, I’ll do it, but I can see the risks and why people would be reluctant to go”.

Although reality may prevent festival go-ers from enjoying themselves this year, Ms. Heaton said: “I just got the tickets in case they aren’t cancelled, it’s something to look forward to.”

Mr Deadman said the festival has never given up trying and has always been in the planning stages throughout all uncertainty over the last year.

With restrictions and laws which have been forever changing this past year, the planning process has not been simple for organisers.

Mr Deadman said: “last year was uniform, every festival was off, no question about it.”

With a line-up yet to be revealed, the summer party is already almost sold out after just a few days on sale.

Many people who purchased tickets for the 2020 festival have kept hold of their tickets, which will be eligible this year, leaving it almost sold out upon their announcement earlier this week.

Tramlines have stated that if things change and new restrictions are implemented, it will be postponed until 2022.

Ticket holders will have the choice of a refund or to use their tickets for the next festival.

The Association of Independent Festivals (AIF) warned that independent festivals could be forced to cancel if they do not receive government backed insurance and VAT intervention by the end of march.