U.A.E. based students studying in a University in India feel ‘discriminated against’ 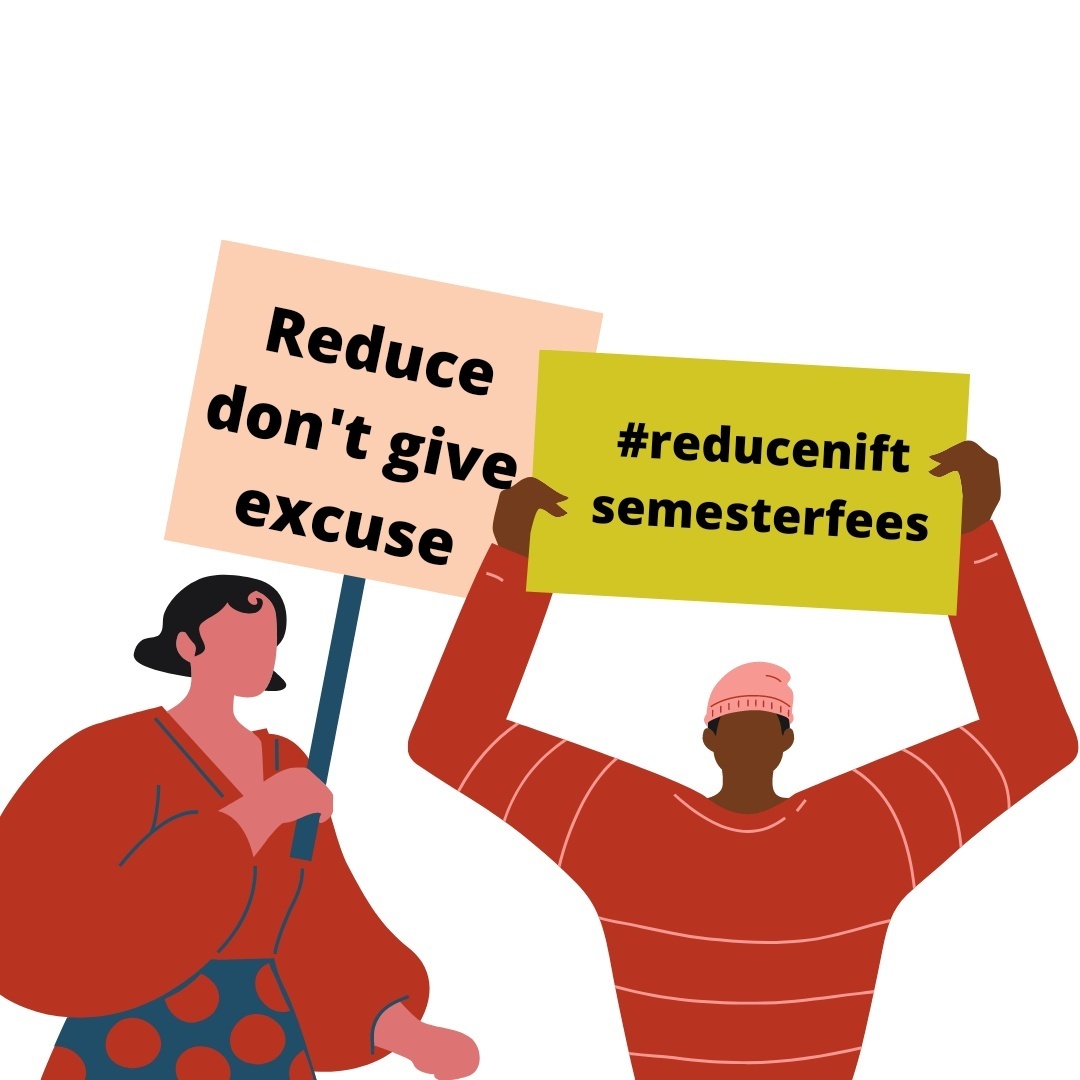 U.A.E residents, studying at the National Institute of Fashion Technology, India reported feeling ‘discriminated against’ after fees for general category students were reduced but theirs was not.

Students at NIFT started boycotting classes in August 2020 as a form of protests to encourage a reduction in university fees for all students.

The university decided to reduce fees for the general category but no changes were made to NRI (Non-Resident Indians)fees.

Shreya Ghosh*, 20 a U.A.E. resident studying at NIFT, said: “After the second instalment of fees went out at the end of February 2021 it was like revisiting the pain we felt in August. It was like a painful reminder and it reignited my anger.”

NRI students have paid eight times the university fees of the general category. 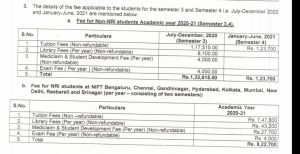 A screenshot provided by a student showing the difference in fees in Rupees.

Shreya said: “It was particularly upsetting because I am an NRI student and I didn’t choose to be in this category, I had to be because my mark sheet was from another country. It was a helpless situation.”

She said that after the protests in August the university released social media guidelines that would debar students from exams if they posted any content ‘maligning NIFT’.

She said: ” Students were advised by teachers to refrain from posting anything, which made it even more ‘terrifying’ for us.”

Aashna Rao*, 20, a U.A.E. resident studying at NIFT, said: “When messages were sent out by other NRI students to the people in charge a comment was made by a person in authority saying that our bank statements showed our ability to pay tuition fees.

“But what they failed to realize was that the economic situation was not just bad in India it was bad everywhere. We were all going through a pandemic.”

“It was pretty disappointing to see the lack of consideration because it was a months’ worth of campaigning for a change but the response, we got was very unexpected.

“In fact, none of my phone calls to the university were even answered.”

Fashion Design students were even asked to purchase mannequins at their own expense for the course.

Shreya said: “I’ve not been on campus for almost a year and the whole situation is just infuriating because we’re at this point where online classes just aren’t even fruitful anymore.”

*The names were changed to protect their identity.