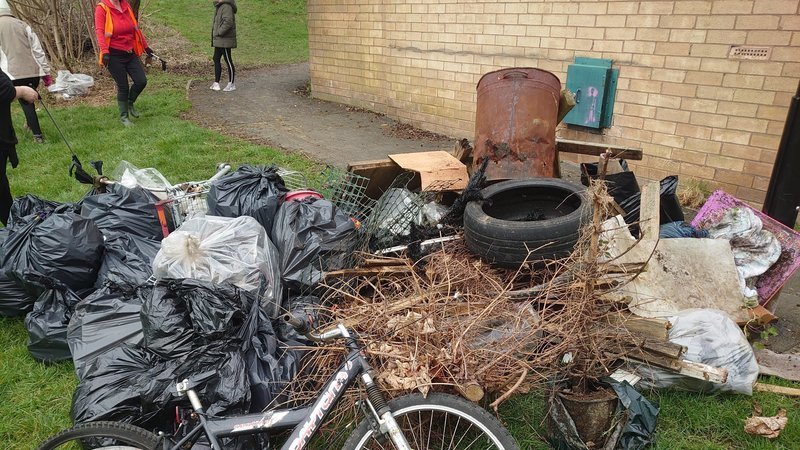 A member of a litter picker group, has put pressure on Sheffield City Council to help prevent fly tipping in the area.

Michelle Hinson, 38, who is a member of both the Sheffield Litter Pickers and the S20/S21 litter picker groups, believes something must be done to tackle the fly tipping problems in Sheffield.

She said: “Sheffield has an enormous fly tipping / litter problem, and it is a never-ending task for the council and for volunteers to keep on top of.

“I have had quite a lot of good feedback on the old ‘bring out your rubbish’ days, and how this helped many households in Sheffield, and also how it helped highly reduce fly tipping and littering of local areas.”

Sheffield City Council stopped running the rubbish collection days back in 2016, yet 5 years later, people are campaigning for them to be brought back.

According to many Sheffield residents, when this service was taken away, fly tipping and littering in several areas seemed to escalate. 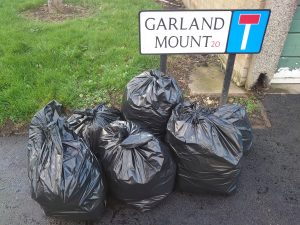 Rubbish bags dumped by a road sign in Westfield, Sheffield.

“I have had quite a lot of good feedback on the old ‘bring out your rubbish’ days, and how this helped many households in Sheffield, and also how it helped highly reduce fly tipping and littering of local areas.”

The current measure put in place by the council is whereby rubbish and fly tipping is reported to the Council or on the ‘fix my street’ app, having the council to drive around Sheffield collecting the weekly litter picking hauls.

Ms Hinson added: “Something has to change, or be put in place to help persuade the ones who do fly tip to stop, and at the moment, as recent TV programmes have shown, not much is in place to catch the perpetrators.

“To help this situation, I believe the result is in the prevention. Giving these people another option, an easier option to pop it outside of their house, to get collected, legally, and safely, instead of being left to rot in the bottom of a stream or bush. “

Ms Hinson along with other members of the Sheffield Litter Pickers group have created a petition to try and persuade The Council to take action.

You can find the petition and sign it here.