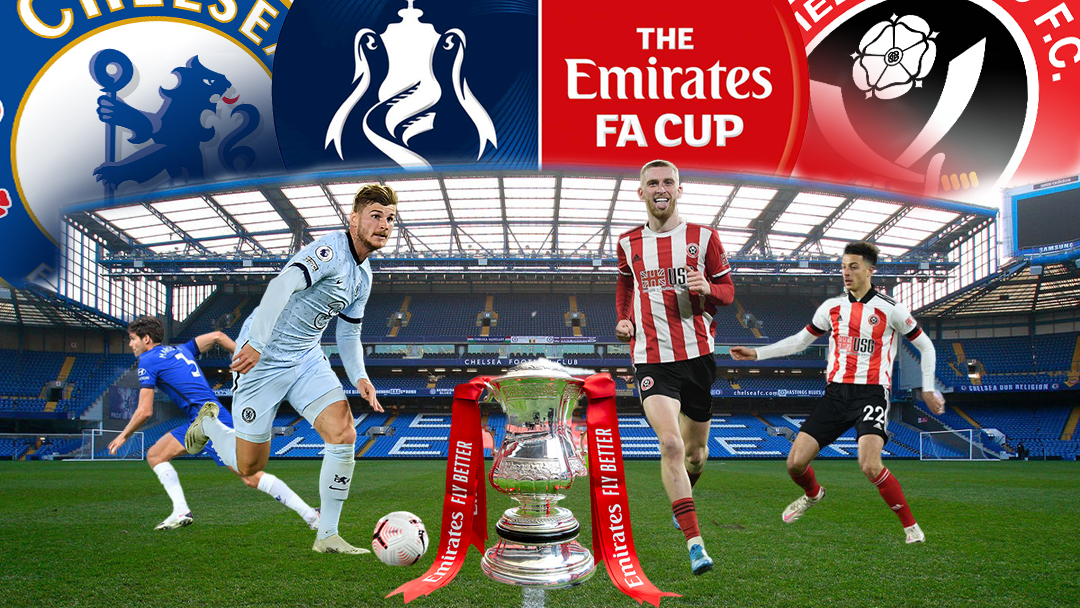 This Sunday, struggling Sheffield United travel to an inform Chelsea in the Quarter Finals of the FA Cup.

United’s caretaker manager Paul Heckingbottom will be hoping to bounce back this weekend and book the Blades place in the semi-final of the Cup, after a devastating 5-0 loss to Leicester last week.

However, he will face an inform Chelsea team, who have gone 13 games unbeaten since the appointment of Thomas Tuchel in January, the longest unbeaten run by a Chelsea manager in history.

The two clubs have faced each other five times in the competition’s past, with the last occasion coming in 1992. Chelsea have come out victors on four of the five meetings between the two sides, with The Blades only win coming in the 1915 final at Old Trafford.

Sheffield United have won the competition four times in their history, half the amount of their Sunday rivals Chelsea. Chelsea’s last successful campaign came fairly recently in 2018, compared to United’s in 1925.

Heckingbottom who has replaced Chris Wilder on a temporary bases until the end of the season, will be without Norwegian midfielder Sander Berge and defenders Jack Robinson, John Egan and long-term injury Jack O’Connell.

Whereas Tuchel will only be without star defender Thiago Silva and backup striker Tammy Abraham. However, the Chelsea boss is likely to stick to his tactical policy of rotating the squad, following their Champions League win against Atletico Madrid last night.

Both sides edged their way into the Quarter Finals after winning two close encounters 1-0 against Championship clubs, facing Bristol City and Barnsley respectively.

Chelsea will be favourites going into the match, having only just beaten Sheffield United 2-1 in the league last month. But the FA Cup is renowned for tie upsets and with Paul Heckingbottom vying for his first win as United boss, it has all the potential to be an exciting cup clash.