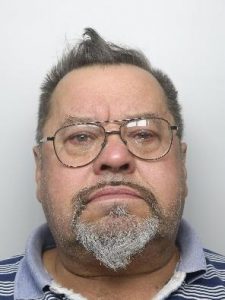 A Doncaster man has been jailed for child sexual offences.

Michael Antony Lloyd, 64, was sentenced to 14 years in prison after being found guilty of sexual assault on a child.

He was charged with two counts of sexual assault, which happened when the victim was 11 years old and continued until she turned 13. Lloyd was found guilty on both charges.

Judge Sarah Wright, when sentencing, said: “The evidence of the victim was utterly compelling. You had no thought or concern for her feelings and the effect on the girl caused catastrophic immeasurable harm.”

Lloyd’s abuse was uncovered when the victim confided in a close friend who then told their teachers, who reported it to South Yorkshire Police.

DC Becky Breakwell, who led the investigation, said: “Lloyd has always denied the allegations against him showing no remorse for the devastating impact this has had on his victim, instead insisting that his actions were innocent play.”

She added that ‘the victim suffered for three years as she felt unable to tell anyone what happened, and that it is critical that all victims of child sexual abuse feel safe to come forward about their experience’.

Finally, DC Breakwell said: “The victim has shown exceptional bravery and this conviction, which will ensure others are kept safe, would not have been possible without her continued strength and resolve.”