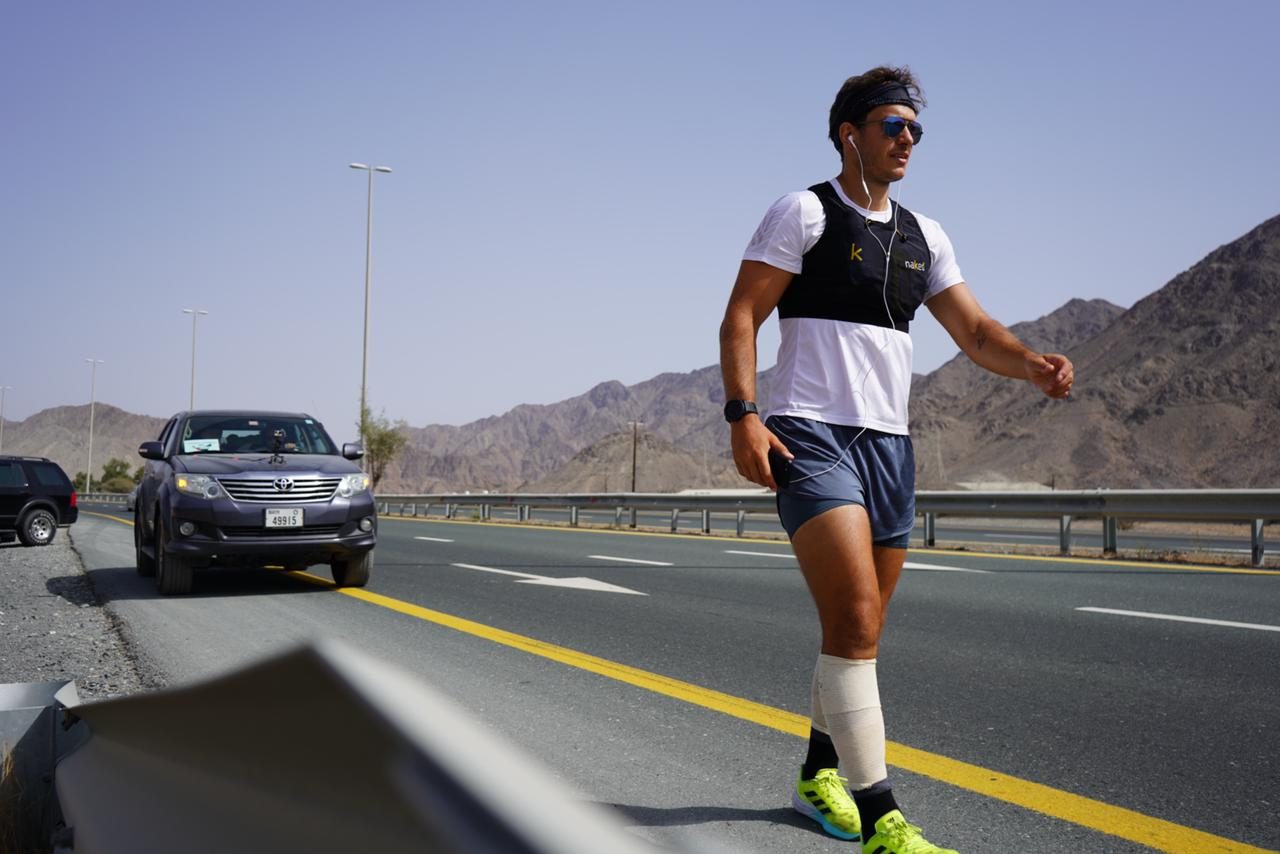 A Man from U.A.E. broke the Guinness World Record for ‘fastest crossing of the U.A.E. on foot’ after he walked from one side of the country to the other in seven days whilst fundraising for charity.

On 2 March 2021 Sean Alexander Burgess, 33 from Dubai, embarked on a 650km journey from Al Ghuwaifat in Abu Dhabi to Fujairah while passing through the other Emirates.

He said: “It wasn’t the first or second day that broke me but the third. Physically, my body broke down and I was in pain whenever I walked.

“There was pain in my legs and quads, and by day four my shins had splints. It was excruciating.

“But mentally, I never gave up. Giving up was just never even a thought in my head.”

Sean added, in his quest to complete the challenge he underwent sleep training where he had to go without sleep for ‘48’ hours at times as that was what the success of the excursion demanded.

He would only sleep ‘three hours’ before waking up and walking again during the ‘7 Emirates Challenge’. 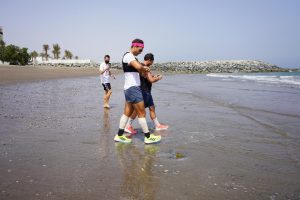 Sean had a team of around 15 people including paramedics and police that helped him thought his journey.

He said: “My brother was with me all the way he was my best support. He even ran the last leg of the journey with me. When I reached that beach on Fujairah my wife was there too.

“I don’t think I really registered it (the success of the challenge) when the journey ended. There was a feeling of relief but also a feeling of what would come next.”

He raised a total of AED 41,817.22 (£8191.04) for Soft Power Education. The organization provides teaching facilities as well as special needs help to children living in Uganda.

Sean said: “I chose Soft Power Education because it really resonated with me.

“I was fortunate enough to have grown up in the UK and a lot of people haven’t had as much as I had so I wanted to help out.”

You can still donate at: https://yallagive.com/en/campaign/7-Emirates-Challenge-22605