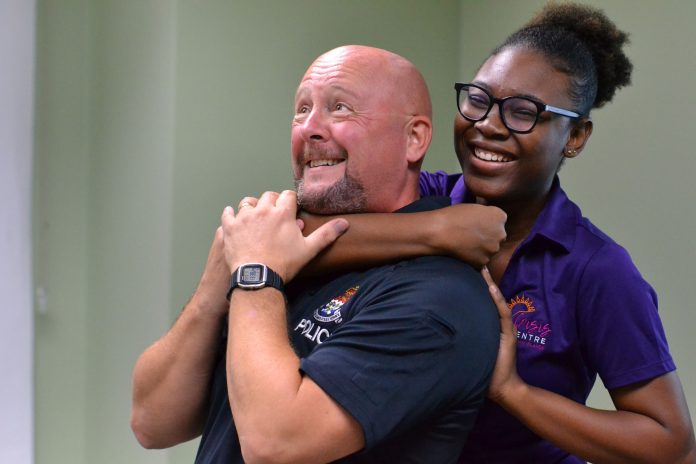 Since 2003, the organisation has acted as a haven for women and their children to escape dangerous, abusive partners.

To help support staff, local police offered help to ensure the women who work there have the necessary skills to defend themselves and others. 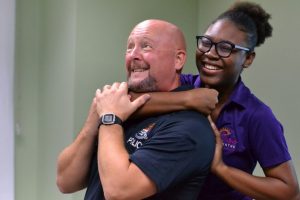 The Crisis Centre staff first visited the police training centre in Governors Harbour on Monday, where they were tested on their current self defence abilities by Police Training Officer PC James Fordyce before receiving official training.

PC Fordyce said: “The RCIPS are always happy to collaborate with our partner agencies such as the Cayman Islands Crisis Centre. On this particular occasion, we approached their staff to see whether they were interested in some personal safety awareness training.

“We decided to reach out when we heard they have several members of staff and volunteers who engage in lone working. This training was designed to give the women who work there, the confidence to safely deal with potential conflict with minimum risk of injury to themselves or anyone else at the shelter.”

During the training, the RCIPS provided the Crisis Centre team with basic skills on keeping themselves safe and getting free from dangerous situations, such as being choked or grabbed from behind. 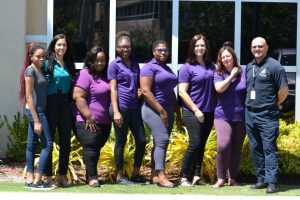 Crisis Centre Coordinator, Carol-Anne Fordyce, wife of PC Fordyce, said: “The Cayman Islands Crisis Centre feel that it is vital for our staff and volunteers to have updated self defence knowledge and skills to not only protect themselves but to make them feel secure and confident should they encounter a dangerous incident while working at the shelter or in their day to day life.”