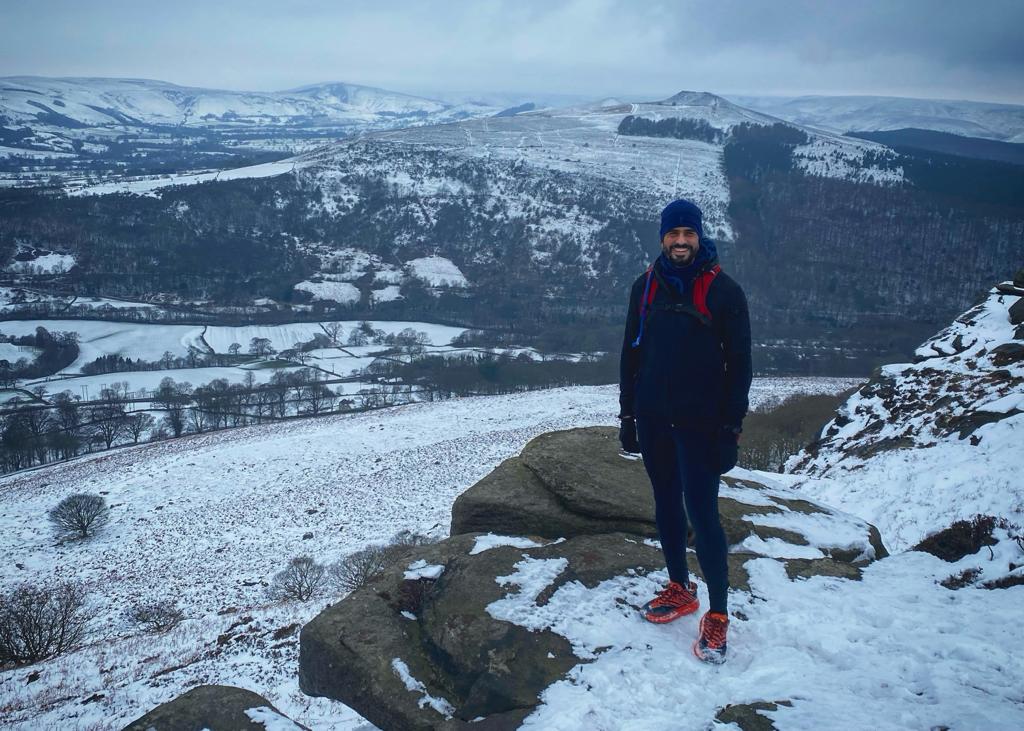 A doctor from Sheffield has taken on a mammoth challenge by running the equivalent distance of the famous Route 66 in America, to raise thousands for Barnsley Hospital.

Dr Sughrat Siddiqui, a Consultant in Intensive Care and Anaesthetics, is determined to complete 45 miles a week to meet his 2,278-mile target in a yearlong feat.

The 47-year-old has been running on trails around the Peak District in a bid to complete his goal, despite working tirelessly throughout the pandemic.

He said: “Trying to balance work, sleep, my health, family time, and avoiding injury while staying motivated is the true challenge.”

Dr Siddiqui who has been at Barnsley Hospital for ten years, pledged to raise cash for a bespoke transport wheelchair for patients recovering in intensive care.

The consultant’s motivation came from one of his patients and friend, Jean Hancox, 61, of Darfield, who spent 90 days in intensive care, after she nearly lost her life to pneumonia. 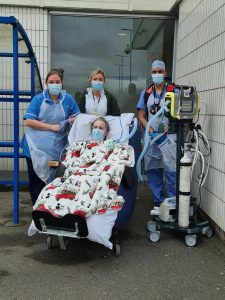 Dr Siddiqui (right) with his team and Jean Hancox (middle)

Dr Siddiqui said: “She was overwhelmed by happiness, partly because she knew at that point she might survive this illness.

“The morale boost we got from saving Jean’s life against all the odds was exactly what we needed.”

He hoped the fundraiser would create the world’s first transport wheelchair of its kind, which would allow patients to safely go outside and help with their recovery.

Dr Siddiqui explained: “Being able to see daylight, being able to have a change of scenery and feel as though they are getting better is hugely important in helping us support patients through the psychological consequences of being on intensive care for so long.”

So far, he has raised over £3000 which smashed his £2278 target just four days after he started the fundraiser in February.

He said: “If I had known the response to this fundraiser was going to be this incredible, I would have picked a much higher target as the new wheelchair is likely to cost £8,000 to £10,000.”

Jane Mills, Barnsley Hospital’s Charity Development Manager, said: “This is an amazing fundraiser from our colleague Dr Siddiqui. Running the distance of Route 66 is one of the most challenging fundraisers any of our supporters have ever set out to do, especially when you consider that Dr Siddiqui is an ICU consultant during a pandemic and has so many work commitments.”

For more information about the fundraiser and to donate see the Just Giving Page.