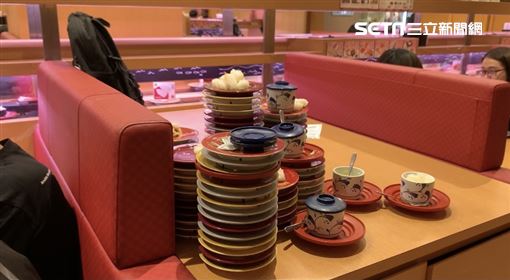 Hundreds of Taiwanese young people have changed their birth name to ‘Salmon’, following a promotion from sushi chain Sushiro.

Under the promotion, the fishy tactics used by the opportunists entitles them to unlimited sushis with at least five friends.

Currently, around 51 people in Taipei and over 130 people in New Taipei City have made the switch. 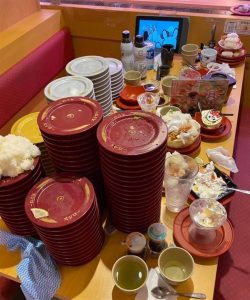 A large amount of Salmon sushi people took for free

However, the Taiwanese government has asked citizens to “please stop changing their names to Salmon” as dozens of people, mostly youngsters, visited the local government offices in recent days to do so.

In Taiwan, you have three chances to change your name officially, meaning those ‘Salmons’ have already used two chances, in changing their name and changing it back.

Some even used their last chance of officially changing their name to get the free sushi.

Jonathan Ma, 22, a university student, changed his name to ‘Explosive Salmon’. He said: “My friend and I ate over NT$10000 (£250) in the sushi restaurant for a meal and I have been there for 20 times during the promotion period.”

Netizens in Taiwan called this phenomenon “Chaos of Salmon” and criticisms rose on the internet as the chaos started to become a trend, with older generation have commented labelling the trend as ‘crazy’ and ‘immature’.

The main cause of the chaos is down to the Taiwanese love for Sushi and Japanese cuisine.

Sushiro, the chain restaurant which did the promotion, is also well-known as an expensive place to eat.

Mr. Ye, a professor from Taiwan National University also posted on Facebook to express his thoughts.

He said: “Instead of judging the young generation, why not think our older generations did not build a better economy, make the gap between rich and poor even bigger, which makes a free meal so attractive to the young people?” 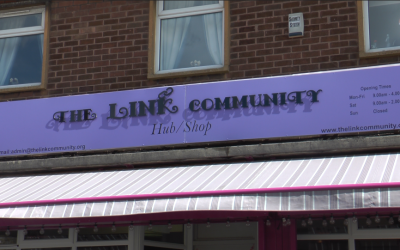 The Link Community Hub in Stradbroke has plans to introduce ‘Tea for Two’: a new initiative that aims to bring locals...