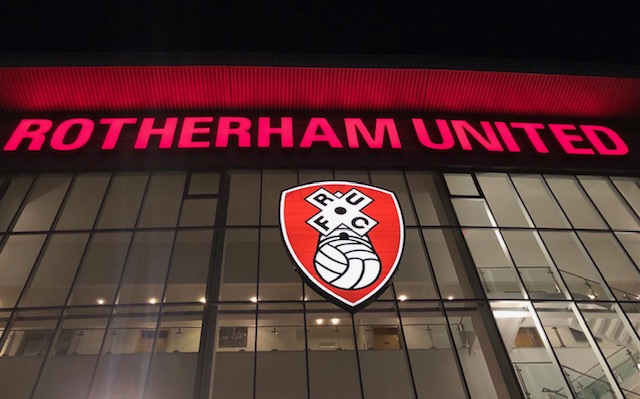 Middlesbrough dented Rotherham United’s hopes of survival in the Championship by clinching a 2-1 victory at the AESSEAL New York Stadium last night.

The Millers, who find themselves embroiled in a tense relegation battle, made a dream start when Angus MacDonald headed home from Joe Mattock’s in-swinging corner delivery.

The spirited hosts had to be alert shortly after the opener, and goalscorer MacDonald was forced to hook Chuba Akpom’s effort off the line.

However, they were dealt a huge blow with 18 minutes on the clock when midfielder Matt Crooks was given his marching orders following a collision with Grant Hall. The decision enraged Millers players and staff alike, and intentions to appeal were signalled swiftly after the final whistle.

With 10 men, Rotherham struggled to contain the visitors and Middlesbrough soon levelled proceedings. George Saville latched on to a delivery from Neeskens Kebano, and his thunderous strike rendered Millers goalkeeper Viktor Johansson helpless.

Jonny Howson then came agonisingly close to edging Middlesbrough ahead, but his effort from 20 yards rattled the crossbar and Yannick Bolasie’s follow-up also hit the woodwork.

The disadvantaged home side failed to find an equaliser but did go close through Freddie Ladapo. The forward volleyed over the crossbar after the ball was headed into his path by Michael Ihiekwe.

“I didn’t think it was a red card, I thought it looked head-to-head. There’s no player in the world who would willingly run at full pace, jump and headbutt someone, that is unheard of.”