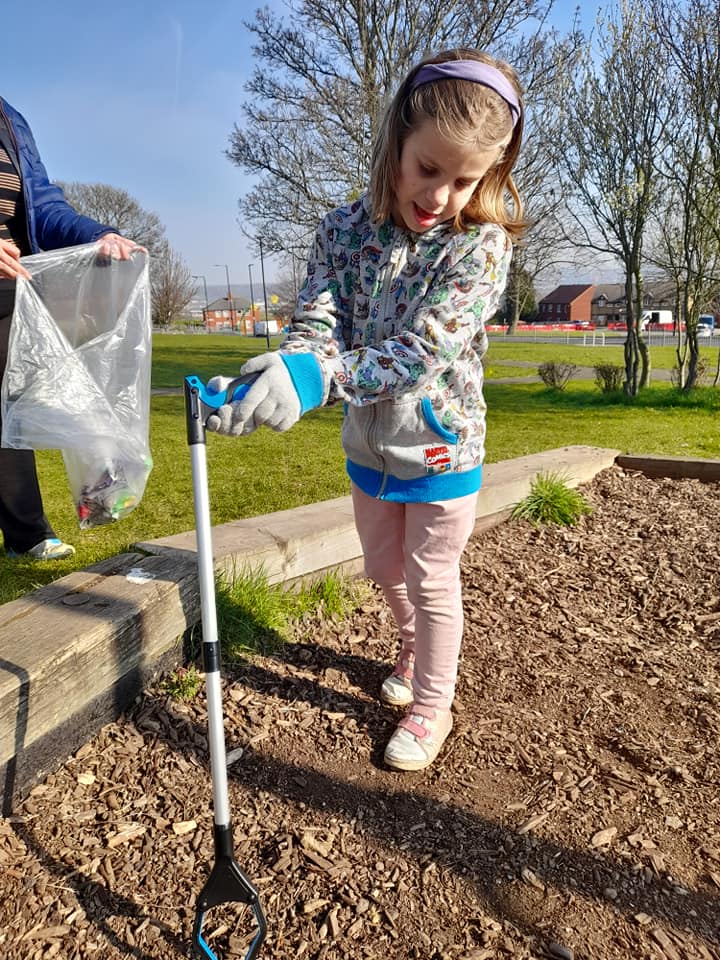 Two young environmentalists and their mothers attended the ‘Restore Our Earth’ initiative to help restore the natural environment in their local area near Harborough Avenue, Sheffield.

Georgina (Boo) Mason, 9, said: “I like picking litter because it means the environment is a little bit more healthy. I love seeing animals and this is the way to make sure animals get what they need and they don’t get hurt. I want to take part in other litter picks.”

Her mother, Hayley Huwlett-Andrews, said: “I feel proud. She started litter picking a couple of years back and really enjoys it. She is keen on recycling and animal welfare too.” 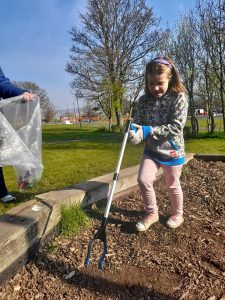 9-year-old Boo during the litter pick

Another young Sheffield environmentalist who took part in the pick was 10-year-old Summer Nicholson.

She said: “I did like the litter pick. It was fun, but depressing to see the amount of litter. I enjoyed tidying up my community and being with my mum. I felt good, as I was helping the environment. I am doing another litter pick this Saturday.” 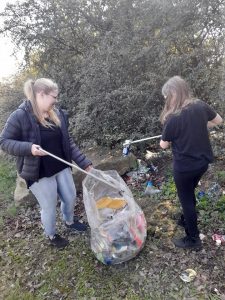 Summer and her mother during last weekend’s litter pick

Samantha Heather Nicholson, Summer’s mother, explained how she and her daughter got involved in the pick.

She said: “I have been wanting to take part in one for a while because when I was travelling around the city I had noticed an increase in the amount of litter. My neighbour had organised a litter pick, so I popped along.

“This was my daughter’s first litter pick. My first one was the week before. I told Summer that I was going again the week after and she wanted to come with me and help. We plan on taking part in more picks.” 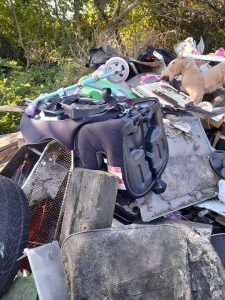 During the last two picks, around a tonne of litter has been collected, including twenty bins of rubbish, a settee, chairs, wheel bins and tyres.

Jeanette Kirk, the organiser, said: “The litter pick was arranged as we are trying to clean up the local area and take pride in our surroundings as we have been spending more time in the area during lockdown. It has been successful as we have made improvements to green spaces and areas that are cleaned look so much better. Plus it brings the local community together.”