A musical theatre drive-in event has been organised in Sheffield to raise money for the homeless young people in the city.

Roundabout, a youth housing charity based in South Yorkshire, are organising the event on 12 June.

The theatre performances will be held at the orange car park at Meadowhall Shopping Centre, with performances throughout the day at 10am, 1pm, 4pm and 7pm. 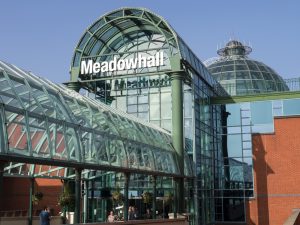 The drive-in theatre will be in the orange car park at Meadowhall later this June.

Roundabout’s Events Fundraiser, Emily Bush, said: “Roundabout has been badly hit by the pandemic and to ensure we can continue running our services and be there to support as many young people as possible, we are looking to the future and creating events to help inspire both current and new supporters.”

Some of the organisations already supporting the event are; Meadowhall, The Leadmill, Sheffield City Council and Sheffield Hallam University.

The charity have also managed to involve some of South Yorkshire’s most talented actors, singers and theatre companies to ensure a quality show.

The organisers are planning to use a drive-in format, with all vehicles socially distanced and the number of performers on stage limited to follow all current government safety guidelines.

Ms Bush added: “This is a true drive-in experience, but instead of a movie, we are aiming for a fantastic display of live entertainment.”

With it being over a year since anyone saw any live theatre performances, the show is planning to perform classics, such as Hairspray, Wicked, Mamma Mia and more.

Roundabout was founded in 1977 as a small emergency hostel accommodation for young people.

Since then, the charity supports over 250 young people in the county, with the main goal of ending youth homelessness in mind.

The theatre drive-in is only one of many fundraisers the charity organises to raise money, with other events such as mountain hikes, sky dives and half marathons already planned for later this year. 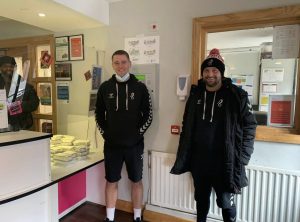 To buy tickets for the upcoming musical theatre drive in, click here; or to donate to Roundabout Charity, click here.