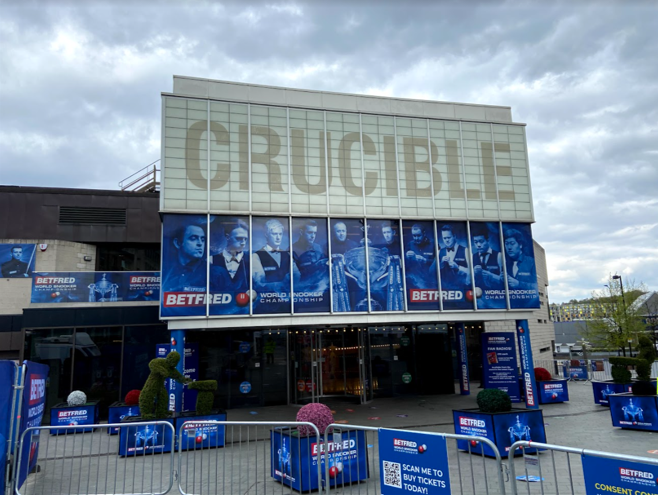 Sheffield Hallam University volunteers have been providing Covid-19 testing for spectators at the World Snooker Championship in Sheffield.

The event is part of the government’s pilot programme to safely stage the return of fans to live events.

Throughout the two-week tournament dozens of students and staff have been administering rapid, lateral-flow tests for local spectators attending the Crucible Theatre. 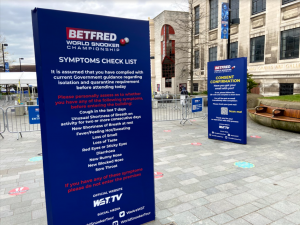 Richard Calvert, the University’s deputy vice-chancellor, said: “We’ve been working to support the city and region throughout the pandemic, and we’re very pleased now to be able to help the World Snooker Championship through use of our Covid testing facilities.

“The testing centre at Hallam has been running since before Christmas, offering tests to our students and staff, and we’re looking forward to making our spare capacity available in this way.”

To prevent the spread of the virus, all spectators must take a test prior to travelling to Sheffield.

Those attending multiple days of action must take a test before the first and then every three days to safeguard players, officials and fellow spectators.

Jenny Carr, a law and criminology student, is one of those who have volunteered and helped to protect those in attendance.

Carr said: “I’ve been working here since November as there wasn’t much to do in lockdown.

“It’s really interesting to be involved in the first test event for fans and it’s fun to be part of it.”

The student said the opportunity to work as part of the team delivering the tests has allowed her to meet new people at a time when she has otherwise been unable to work.

Carr said: “I was on furlough from my other job and it feels like I’m helping – I’ve made lots of new friends working here as well.”

The Championship is the city’s flagship sporting event of the year and research by Sheffield Hallam’s Sport Industry Research Centre in 2017 revealed the tournament has boosted Sheffield’s economy by £100m since 1977.

Defending champion Ronnie O’Sullivan will not be featuring in Monday’s final after he suffered a shock defeat at the hands of Anthony McGill in the second round.