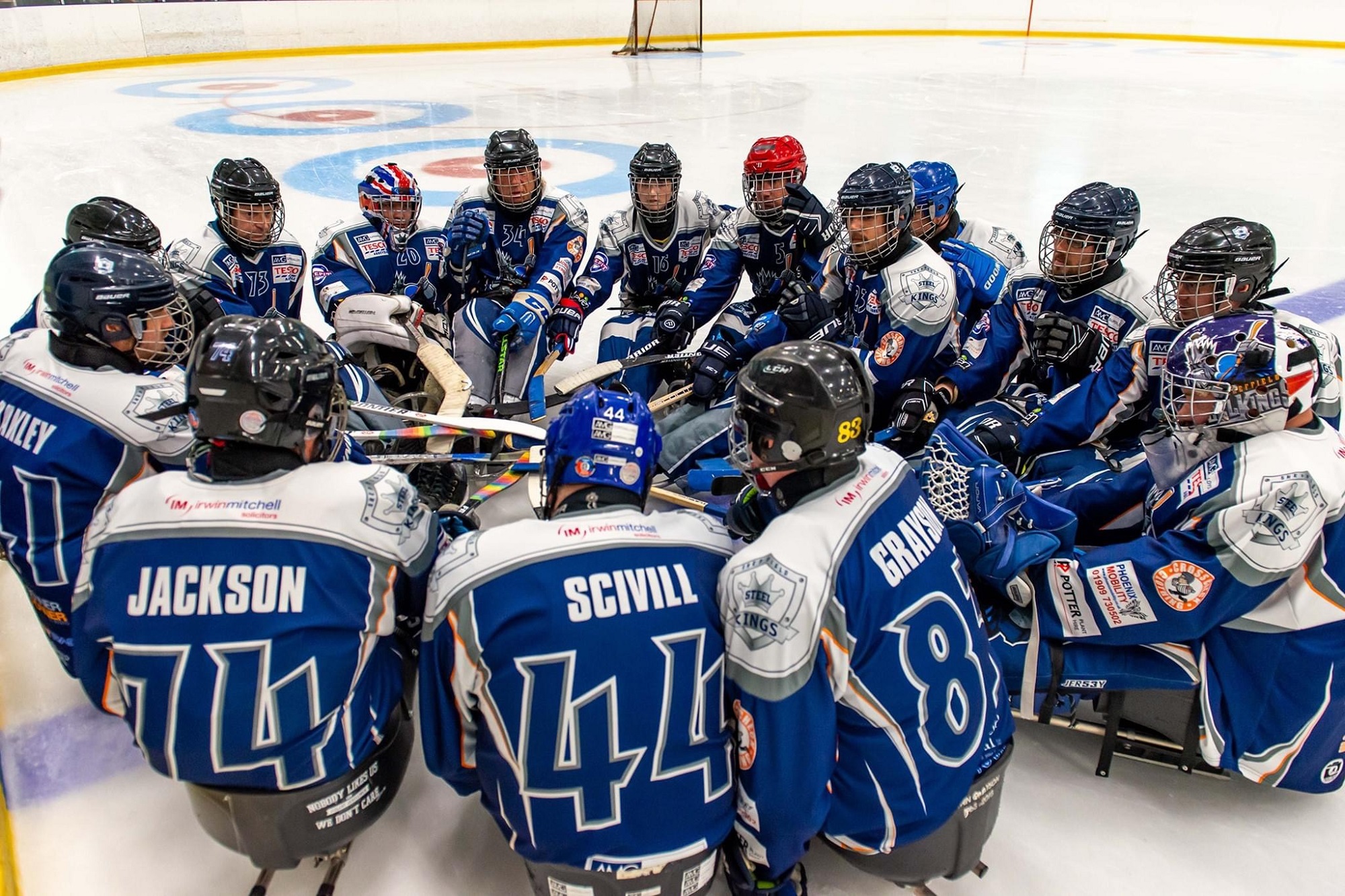 Sheffield Steelkings’ mascot, Rusty, is virtually cycling a 1,500 kilometre route between Land’s End and John O’Groats from the relative comfort of an exercise bike at home. 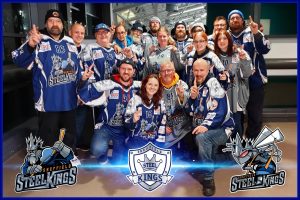 The club’s chairman and coach Jake Oakley said that although the club’s growth has been fantastic, it has potential knock-on effects which could prevent new players participating.

Oakley said: “With all these players coming in, equipment becomes sparse.

“It’s this beautiful but never-ending headache of ‘how do we get more people playing a loving the sport and still keep everybody engaged and on the ice?’”

The club was founded in 2014 as part of an expansion programme led by Ice Sheffield and they welcome both able-bodied and disabled players to compete against teams across the UK.

Oakley said: “We’re now splitting off into two teams, a senior team and a development team to allow more people to play. 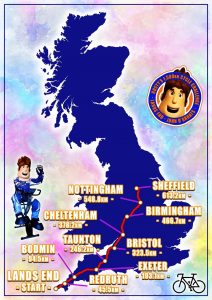 A map of Rusty’s mammoth route

“It doesn’t matter what your background is, once you’re on the ice you’re part of the Steelkings family and the club.”

Oakley, who grew up watching the Sheffield Steelers, became involved with the club after health issues stopped him from being able to play other sports.

Oakley said: “I got knocked off my motorbike in 2005 and it shot my knees so there’s a lot of sports that aren’t accessible to me.

“Although I don’t class as being disabled, my knees are disabling and it was a good excuse to play a bit of the sport I love.”

The club’s goal is to raise £1,000 from the fundraiser which will cover the cost of a new sledge for a future player.

Whilst Oakley acknowledges the cost of playing sport is particularly significant in para ice hockey, he wants to remove that barrier for all players.

Oakley said: “When I took over the chairman role I wanted to try and make the sport as accessible as we could for people.

“I appreciate that people often don’t have a lot of money; I didn’t want that to be the reason why we couldn’t get somebody on the ice.”

If you would like to donate to the fundraiser visit the Steelkings’ GoFundMe page here.