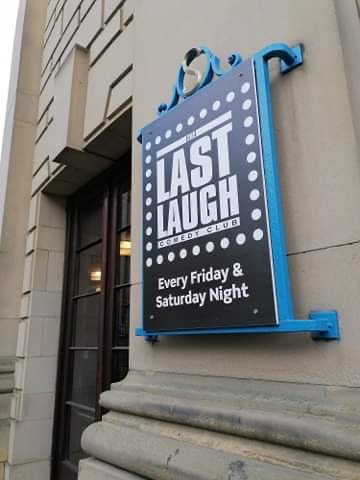 Toby Foster has given his support to a fund that aims to prevent comedians from being cut adrift from the industry during the pandemic.

The comedian and BBC Sheffield radio presenter, 51, has backed the #SaveLiveComedy Fund – which is currently sits at £50,000 in donations and plans to give out grants to people in the industry.

This comes after a recent survey by the Live Comedy Association (LCA) found that 50% of the industry have considered leaving comedy because of the pandemic.

Toby, who is the promoter for the Last Laugh Comedy Club in the city centre, said: “This fund is needed because you have a lot of comedians in dire straits. We’ve not done a gig for 14 months, no business can shut for 14 months.

“Working class comedians have always struggled. I don’t want to blame Jimmy Carr for being Jimmy Carr, but without a shadow of a doubt if you’ve got a trust fund or a wealthy dad you can go up and do the Edinburgh Festival as a gap year.

“The arts are totally and utterly appreciated. We’re the ones you turn to when you’ve got nothing to do.”

The Last Laugh Comedy Club opens back up on 28 May – with capacity down to a third of what it was pre-pandemic – and Toby added that he won’t change his fees for comedians, even if it means he won’t make any money.

The LCA, who are supporting the fund, was set up last year in the face of the pandemic to fight for people in the industry and previously secured £5.7 million for comedy organisations as apart of the government’s Cultural Recovery Fund.

Owen Donovan, 28, of the LCA, said:” The big stand-out question across this whole period has been support for individuals, and we know that most comics around the country are self-employed.

“The government’s support scheme, for the various flaws in the system, hasn’t really supported people as much as they needed to.

“The reason to support people in the industry is just as strong as ever as people are going to be out of work or working for reduced fees for quite a long time.”

The association’s survey found that 60% of comics have made less than 5% of their pre-pandemic income from online comedy.

NextUp Comedy, who started the fundraiser, have said the £500 grants will be targeted towards those who are most in need, focusing on those who are self-employed, unemployed, or who run an organisation that has been ineligible for any existing government support.

Donate to the #SaveLiveComedy Fund here.