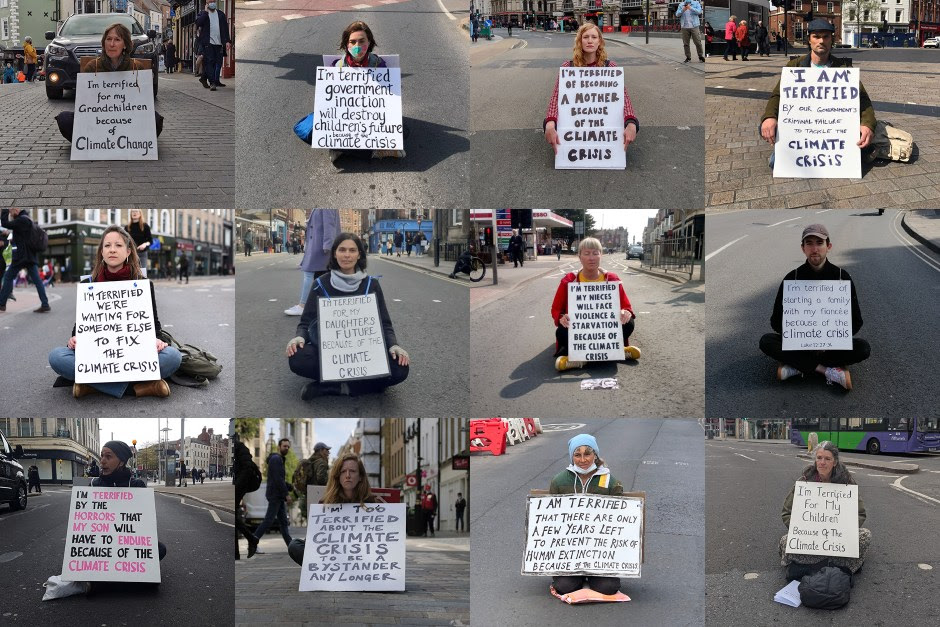 Hundreds of people- including a retired Sheffield doctor, joined in ‘protest of one’ roadblocks on Saturday 1st May against the government’s lack of action on climate emergency.

The protest, organised by climate change group, Extinction Rebellion, began at 11am on May 1st- two years exactly since Parliament declared a climate crisis.

Dr Jones said: “I am an old man, I’ve got grandchildren and I’ve been worrying about climate impact for decades but it’s getting worse and worse all the time, consumerism is out of control.”

Individuals spontaneously sat down in the road, alone, blocking traffic. They wore a sandwich board with a simple and emotive message. 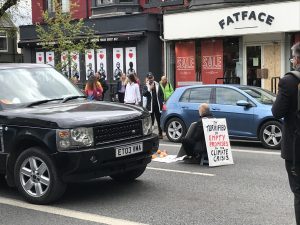 People from around the country joined Dr Jones in protesting. 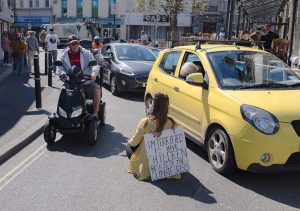 A waitress and dress maker blocks a busy road in Newquay: “I’m terrified to have children because of the climate crisis.” 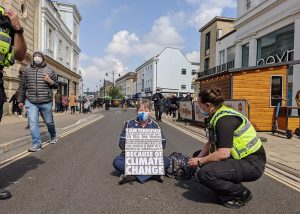 Cheltenham, retired nurse: “I am terrified. I am a nurse, and it is my duty to tell the truth. The health of people relies on the health of the planet. The world is now in a medical emergency because of climate change.” 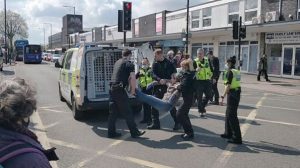 Sarah Benn, practicing GP in Birmingham, was arrested during her protest. As were others.

Dr Benn said:  “I don’t know if nonviolent civil disobedience will succeed in averting the disaster we are speeding towards, but for now I see no better option.”

There are three mains aims of Extinction Rebellion: