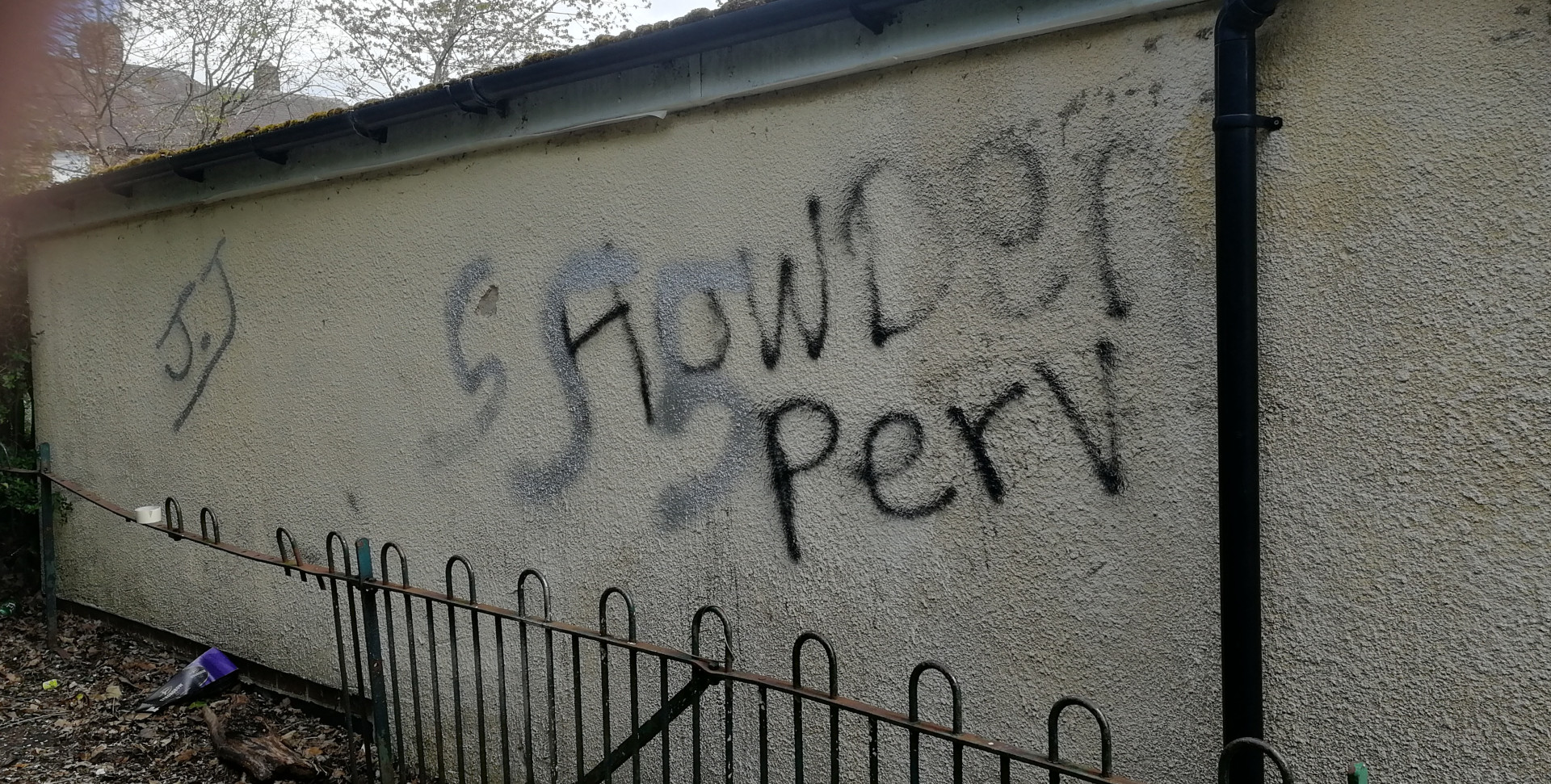 A campaign posted to residents has been brandished as ‘dishonest’ after locals claim a photo on their political leaflets has been untruthfully altered.

Yesterday, Labour Rose pamphlets were delivered to homes in Parsons Cross with a photo clearly edited to make a Sheffield alleyway look more visually appealing than the reality.

Labour candidate Tony Damms and fellow councillors were out litter picking in the area, but homeowners nearby claim the photo isn’t truthful. 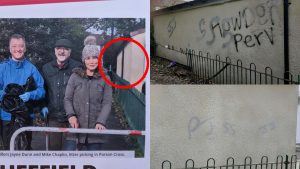 Left is the leaflet dated as the 6th of May (received by Tim on the 5th) Right is the graffiti and pictured on the 5th of May.

Tim Brown, a postman who lives in Parsons Cross said: “When I saw that leaflet, I recognised it as the alleyway outside of my house immediately, and they have not cleaned it up. It is still covered in litter and the fence is still broken, they even edited out the graffiti on my garage that’s been there nearly 4 years. It is completely dishonest.”

He claims that himself and other homeowners nearby have complained to the council about the state of the alleyway for several years with little to no response.

He added that the alley attracts gangs of teenagers and adults at night, and that he believes they are responsible for the graffiti on his garage, as well as a few instances of trespassing on his garden that led to vandalism of his wife’s flowers.

“I think that if the council actually did something to help, I wouldn’t be having my property vandalised quite as much, but instead they’d rather fake the help to score political points” Tim said.

When investigating the area, we found that the issues Tim Brown discussed were not being exaggerated, there was plenty of litter to be found and the councils fencing wasn’t just damaged, but parts of it we’re almost gone completely.

We tried to reach out to Labour Candidate Tony Damms with the email provided on the leaflet, but discovered that the email listed does not exist.