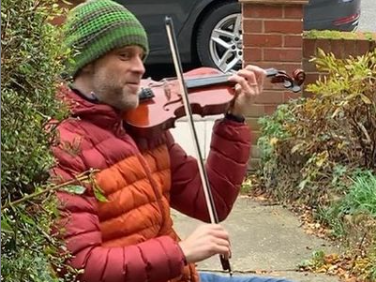 Adrian Garratt started playing for locals after performing at a friend’s birthday. The 48-year-old violinist has played over 300 concerts across London since starting his business and has now began entertaining the people of Sheffield after moving to the city a month ago. 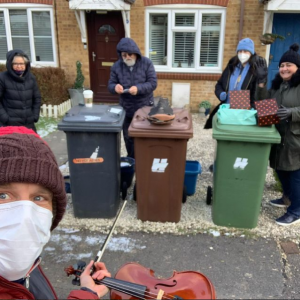 Mr Garratt stepped in when people were unable to celebrate special occasions throughout the pandemic and was hired to appear at birthdays and Christmas carols during the last lockdown. He plays a variety of music from classical to pop and even Disney songs.

Jackie and Alan Martindale who lives on Adrian’s Street, Sheffield, commissioned him to perform for them and other neighbours on their street on Wednesday afternoon.

After the concert, Mrs Martindale said: “It was wonderful, I really enjoyed it, and it was so versatile”

Her husband added: “I think the repertoire was astonishing, the range of things he could play, you couldn’t believe it, without music.”

Adrian is planning to continue the concerts even as restrictions are lifted. 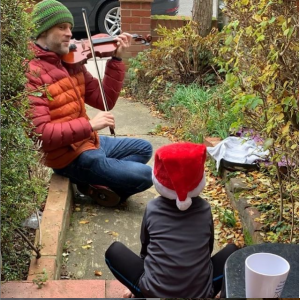 He said: “I’m really happy to do them and the response was pretty overwhelming I find them really good fun, it’s a really lovely thing for me to do, it’s lovely for the people that I play to. The response is generally really positive, so I’m very happy to continue to do them whatever the situation with Covid.”

Even though Adrian is continuing the doorstep concerts he is looking forward to the return of  live music events.

He said: “I’m excited obviously, as long as they can happen in a way that doesn’t put us all back in lockdown . I’ve been fortunate because a lot of what I do is solo so I’ve been able to perform.”