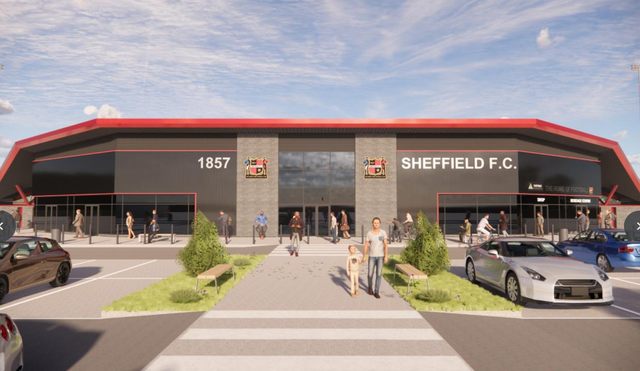 Sheffield FC chairman claims new 4,000 capacity stadium is ‘not about profit’ and believes it will become ‘a place of pilgrimage’ for football fans.

Club chairman Richard Tims hopes the new stadium and heritage centre will lead to a global recognition of Sheffield being the home of football.

The club currently reside at The Home of Football Stadium, Sheffield Road, Dronfield, just 19 minutes outside of Sheffield City Centre.

But the new plans could see the side relocate to Meadowhead in Sheffield in just two years.

“The one bit I’m not in charge of is how North East Derbyshire planning, move themselves along with Sheffield City Council planning. So, politics aside and with a fair wind its doable,” said Richard Tims.

ShefNews spoke to Richard about the potential backlash and actual need of the project.