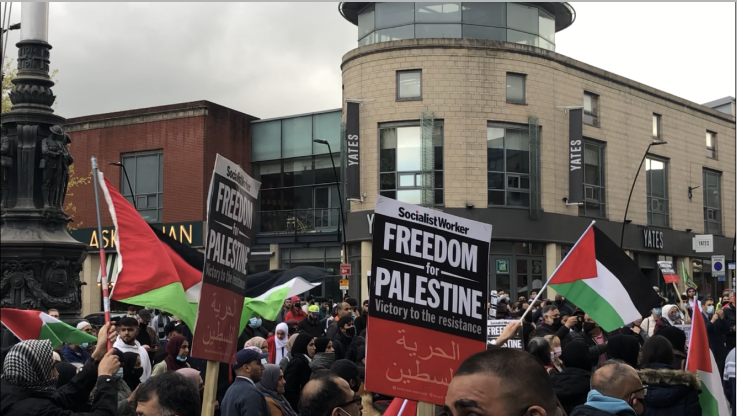 Despite the stormy weather on Tuesday, hundreds of protesters marched outside Sheffield City Hall after the recent escalation of violence in Jerusalem.

The protest started at 6pm and lasted for an hour. It featured emotive speeches and chanting from the crowds.

The Sheffield Palestine Solidarity Campaign called for people to join them at the protest through a Facebook post.

They said: “Forced eviction, transfer of populations under occupation, arrest of protestors defending their homes: this is not a civilian dispute; this is war by Israel on Palestinian people.

Please join us in Sheffield tonight to protest against the ethnic cleansing of Palestine and illegal evictions of Palestinians in East Jerusalem.”

Another protest will commence this Saturday, outside the City Hall at noon.