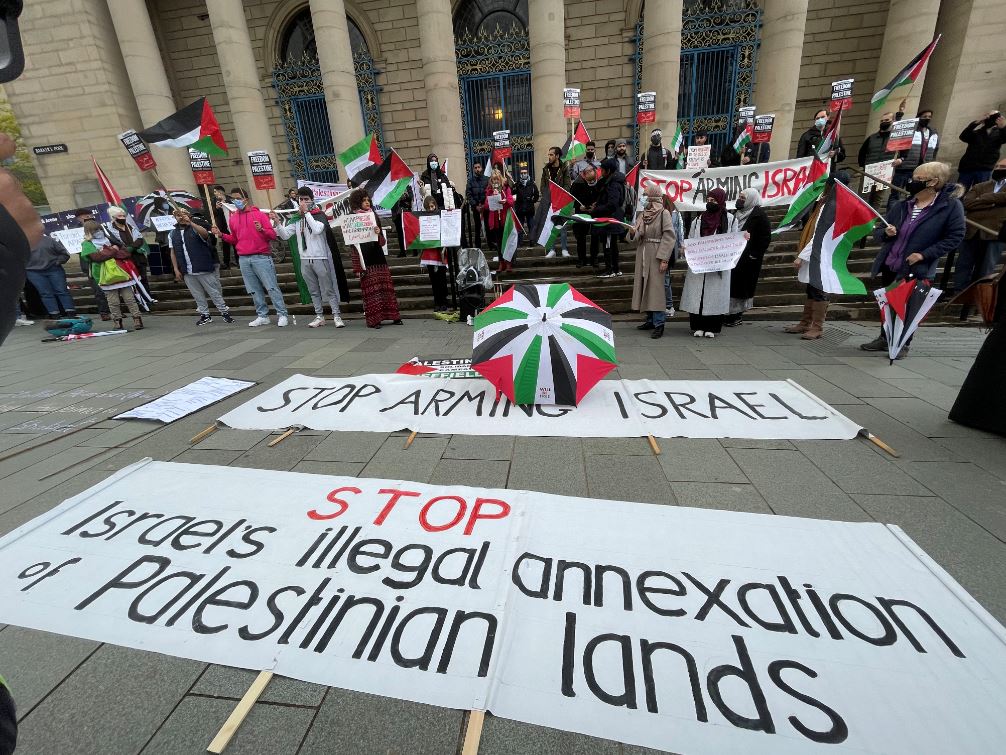 On Tuesday this week, a protest was held in front of Sheffield City Hall as part of the  ‘free Palestine’ campaign.

Hundreds of young people came out to support following the recent Israeli airstrikes on Sheikh Jarrah in East Jerusalem, resulting in over 70 deaths at the time we went to print.

Protestors, who collected in front of the town hall shouted in anger in the hope of gaining the government’s attention and hope to raise awareness on social media.

Sheffield Labour Friends of Palestine condemned the UK government, claiming they are arming the Israeli authorities.

One of the organisers, Abdullah Okud, revealed that there will be another protest at Sheffield town hall this Saturday.