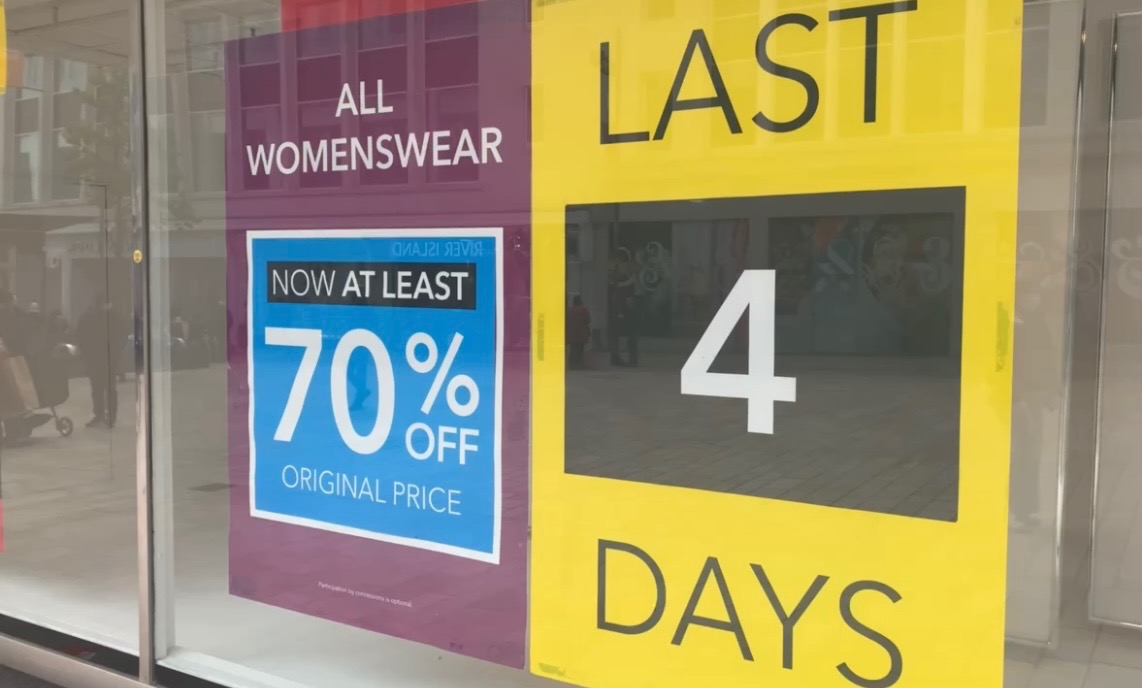 The Debenhams store on The Moor in Sheffield city centre is closing this Saturday, alongside 97 other branches nationwide.

The closures, many of which are happening this month, have come as a result of the company falling into liquidation last December after no buyers opted to save the popular department store chain.

The business was bought by online retailer Boohoo in January as part of a £55 million deal, which will allow them to relaunch as an online-only operation later this year.

Over 12,000 jobs have been lost as a result of the deal as Boohoo only wanted Debenhams’ own brands, not their physical stores.

Sales of over 70 per cent off have been imposed across all items, from womenswear to gifts, with further discounts expected to be enforced as they reach their final days.