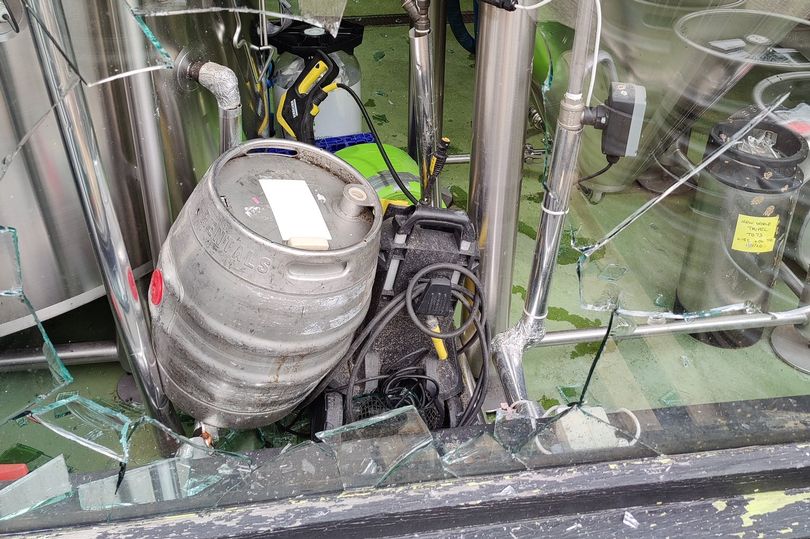 A break-in of a Sheffield bar has left staff heartbroken without their tips or laptops.

Triple Point Brewing on Shoreham street in the city, was broken into last Sunday morning after two thugs threw a beer barrel through the window, stealing thousands of pounds worth of equipment.

Laptops, staff’s tips and spirits were all stolen when the thieves raided the popular brewery.

The owner, George Brooke, described the burglary as “very annoying” but said “we don’t want to let it ruin our lives.”

Mr Brooke’s revealed that a friend of one of the staff members had set up a go fund me page for the lost tip money that was stolen, as staff were planning on using the money to fund a day out.

In a post on social media, Mr Brooke said: “After an amazing few weeks of support we’ve been broken into Fittingly, with a beer cask. Before you all get too worried, the beer is untouched!”

Mr. Brooke also reassured his customers via social media that “all bookings for this week are open and we’ve got lots of tables available.”

Other local businesses have been rallying around the brewery to offer them support after the upsetting break in.

Triple Point Brewing is now asking their trade customers to bear with them while they deal with the aftermath of the shocking burglary, whilst still remaining positive.

On their social media, they said: “Everything might take a little longer this week but we will get beer to you if you’ve ordered!”