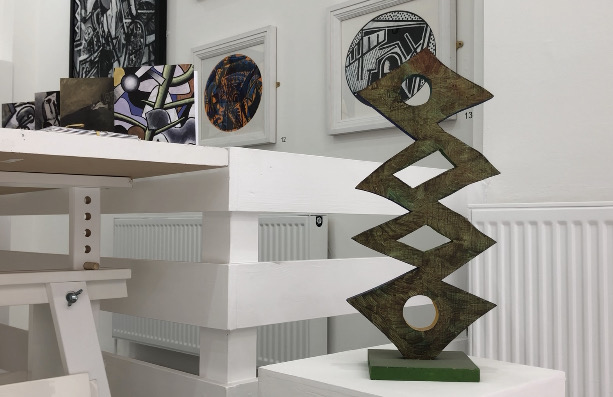 The previously unseen artwork of the late Lancashire artist, Gordon Snee, has been put on display in Sheffield city centre.

His daughter, artist Jo Snee, curated the exhibition which is currently being shown at community art space, The Social.

Gordon Snee spent his life painting in his home studio, but was private about his work and never exhibited it.

It was only after his death, in 2013, that Gordon Snee’s family discovered the amount of work he had produced.

Joanna Snee knew immediately that she had to put the “abstract but technically brilliant” paintings on display.

Mr Snee’s grand-daughter, 20-year-old Bridget Snee, said: “It’s great to see Grand-dad’s work finally up instead of shut in a studio where it can’t be seen. It’s meant to be seen.”