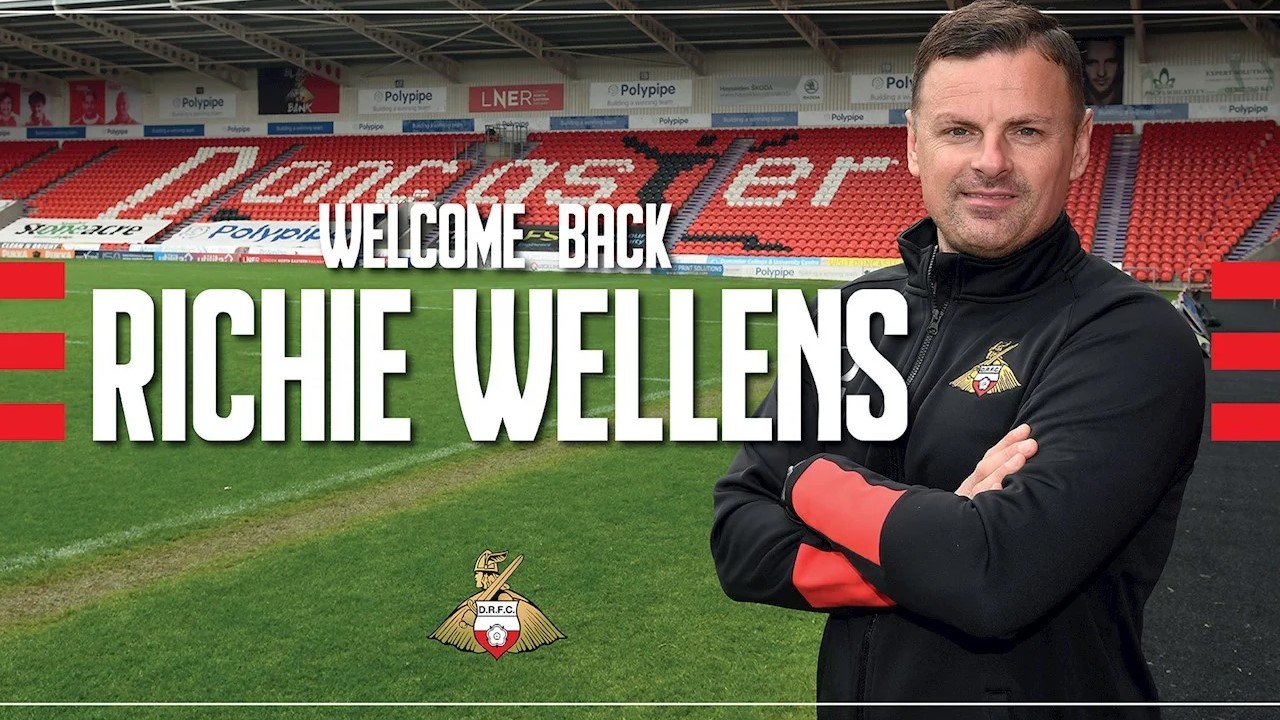 The news comes after interim coach Andy Butler saw out the rest of the 2020/21 season as his predecessor, Darren Moore, left for Sheffield Wednesday on 1 March, finishing 14th in League One.

Regarding his appointment, Wellens said: “I’m absolutely delighted. I’m buzzing to be back and looking forward to the next season and getting going.

Wellens has spent time with Oldham Athletic, Swindon Town and Salford City as a manager since 2017, but has yet to see out more than one season with the same club.

With Swindon Town, Wellens won the League Two title in a COVID-19-affected season, and bagged the Papa Johns’ Trophy with Salford City a year later.

Doncaster Rover’s chief executive, Gavin Baldwin, added: “Having gone through a lengthy process and interviewed potential candidates, the board came to a unanimous decision that Richie was the right man to lead the club forward.

“He knows what this club is about and speaking to him it is clear to see his drive and determination to be successful as our manager.”

The club were vying for automatic promotion at the halfway point of the season, but since missing out on the opportunity to go top of the table, dropped down significantly to a lowly mid-table finish.

Many fans on Twitter were happy with the news of Wellens’ return, as one user said: “Couldn’t have a better man for the job. Welcome back, Richie.”

The upcoming 2021/22 Football League season is scheduled to kick off on 7 August.