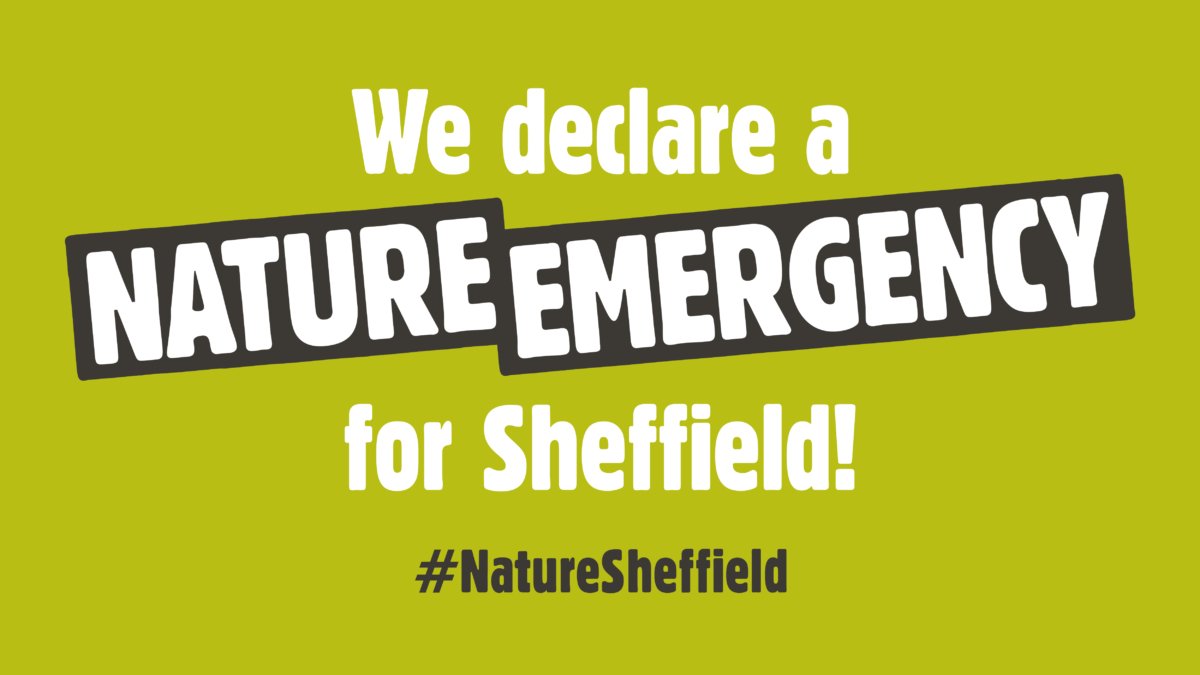 Environmental organisations and individuals in Sheffield will declare a Nature Emergency in the city this Friday.

Groups and individuals alike will state, ‘I or We declare a Nature Emergency for Sheffield’ on social media, in their home or shop windows or most importantly, by signing up to the declaration via wildsheffield.com.

So far, there have been 708 sign ups from individuals, organisations and businesses.

With one in four UK mammal species at threat of being lost, the aim is to draw attention to the need for a plan that will benefit Sheffield and its residents whilst finding solutions to help tackle the environmental and climate crisis.

The movement known as Nature Recovery Sheffield was spearheaded after many people urged Sheffield City Council to declare a nature emergency.

Anna Parkin, 40, who is a member of the lobby group, Sheffield Green Parents, said: “We have all petitioned Sheffield City Council, we have all sent them information about why this is needed and we have all been disappointed with the lack of action.

“Our frustration lies in that they haven’t done anything yet.” 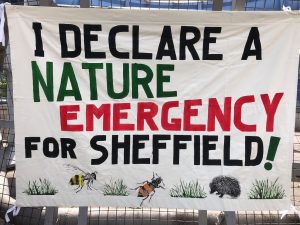 A banner made for the declaration. 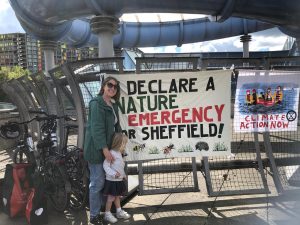 Sheffield Greenpeace, a non-governmental environmental organisation, are aiming to have 30% of the city as a nature reserve by 2030 in an attempt to preserve biodiversity.

The group claimed to have contacted the council in November 2020 but said they seemed reluctant to act.

The council were contacted for comment but did not respond.

Dawn Spier, 57, is a local group coordinator of Sheffield Greenpeace who says nature needs to be more strongly considered when planning projects in the city.

She said: “Historically, Sheffield’s not been really well known for looking after the wildlife and nature so we’re trying to address that.”

Sheffield Climate Alliance are also declaring the emergency in the hope of a nature recovery plan being put into place.

A spokesperson for the group said: “We all rely on nature to provide us with clean air, water, food and space to enjoy, but right here on our doorstep, in Sheffield, we are losing our wildlife at an alarming rate due to issues such as habitat loss, pollution, the burning of our moorlands, wildlife being hunted, and much more.”