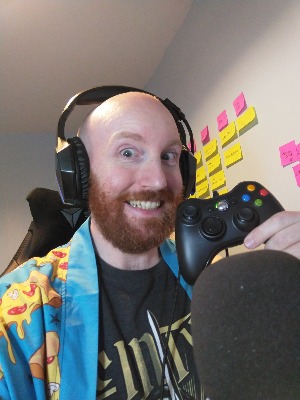 A Sheffield Comedian passes the £1,300 mark in donations after hosting a charity livestream for his birthday, enduring a lengthy 12 hours of gaming.

The event started at midday on Saturday and finished at midnight, helping to raise £1,348 so far for Sheffield Children’s Hospital.

Pip Mason, the 36-year-old local man who took on the livestream, played Dungeon Keeper 2 (1999) for its duration.

“It went better than I thought it ever would,” he explained.

“Initially, I started with the modest target of £200 and we reached that before we even started the stream.” 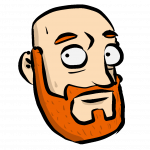 A cartoon of Pip Mason

The comedian decided to organise the event to raise as much money as possible for the children’s hospital, having been there multiple times throughout his younger years.

He added: “I only have one kidney which was discovered when I was four.

“I was a long-running patient who had to keep going back to the hospital four or five times a year, being discharged when I was 12.

“I know how good they are and I always try to help them whenever I can. They are an important institution in the city and I just felt they would appreciate the support.”

Mr Mason unintentionally brought together a community of people who share the same experience of visiting the hospital as children, with many watching the livestream.

This even included those who take their children there now, showing their support for the charity.

I'm still mentally processing the results last Saturday's Birthday Charity stream.
Here's the current total and it is far more than I ever expected to get. Not bad considering I started with a goal of £200.

Moral of the story; never undersell yourself

Thank you everyone x pic.twitter.com/autCdhzvQ5

Cheryl Davidson, Regional and Events Fundraising Manager at The Children’s Hospital Charity, said: “We’re so grateful to Pip for his fantastic 12 hour birthday stream over the weekend.

“He raised an incredible amount of money which will support the young patients at Sheffield Children’s where it is needed most, including building a new Cancer and Leukaemia ward at the hospital.

“Thank you Pip, and happy birthday!”

Mr Mason’s fundraiser remains open, with donations still being made.

You can donate to the fundraiser here.