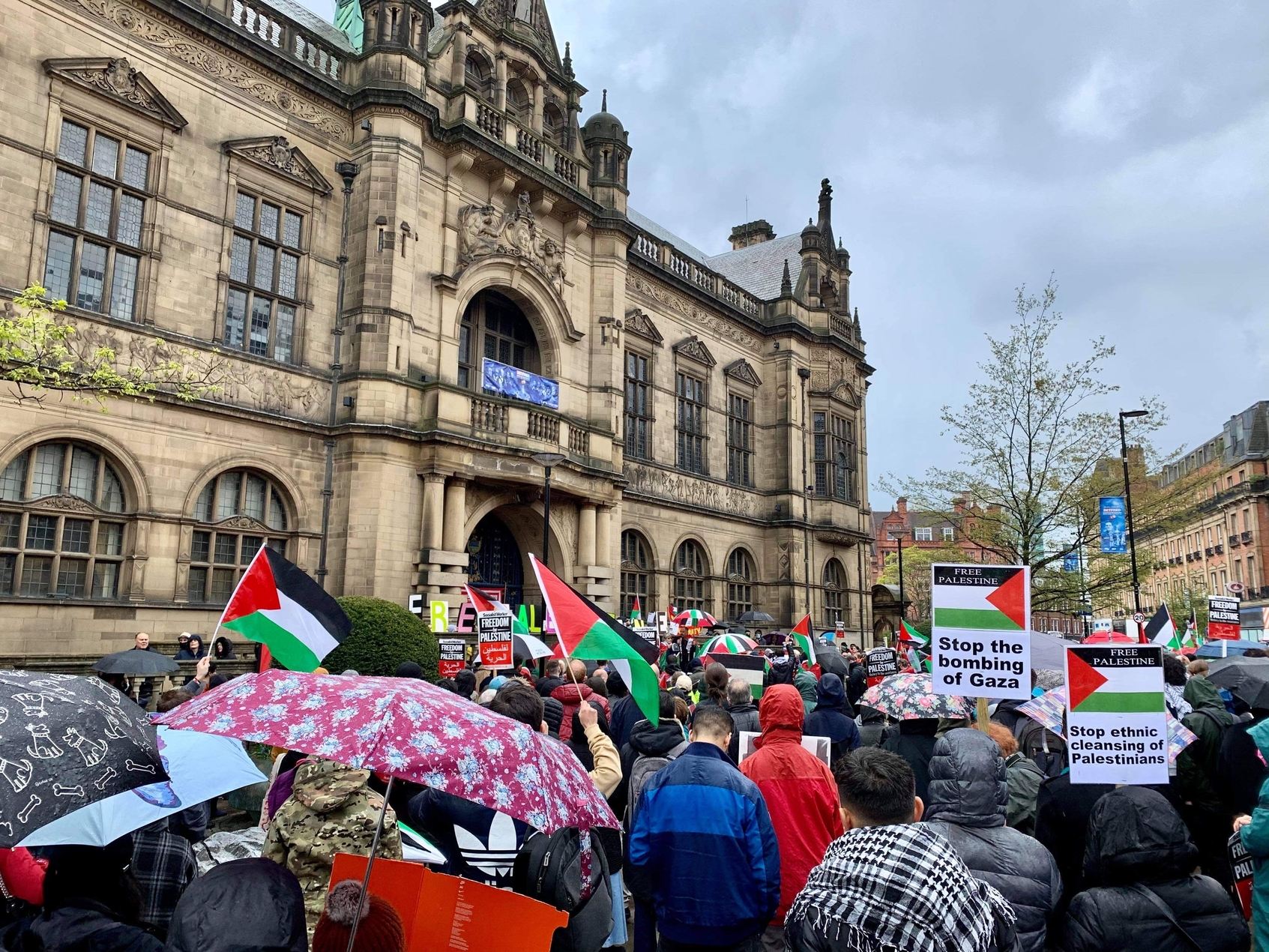 Last Saturday, pro-Palestinian demonstrators gathered outside Sheffield’s Town Hall to rally against the unrest in the Middle East.

Hundreds of protestors brought flags and banners as they chanted “free Palestine” only days after Prime Minister Boris Johnson tweeted about the UK’s desire for the tensions to cease.

Since the conflict broke out at the start of the month, more than 200 Palestinians have been killed in Gaza, according to their health minister. The attacks started when rockets were fired towards Israel in East Jerusalem.

Another march is scheduled in Sheffield on 21 May outside the city’s train station, despite recent reports suggesting from Hamas officials that a ‘ceasefire’ will emerge in ‘one or two days’.