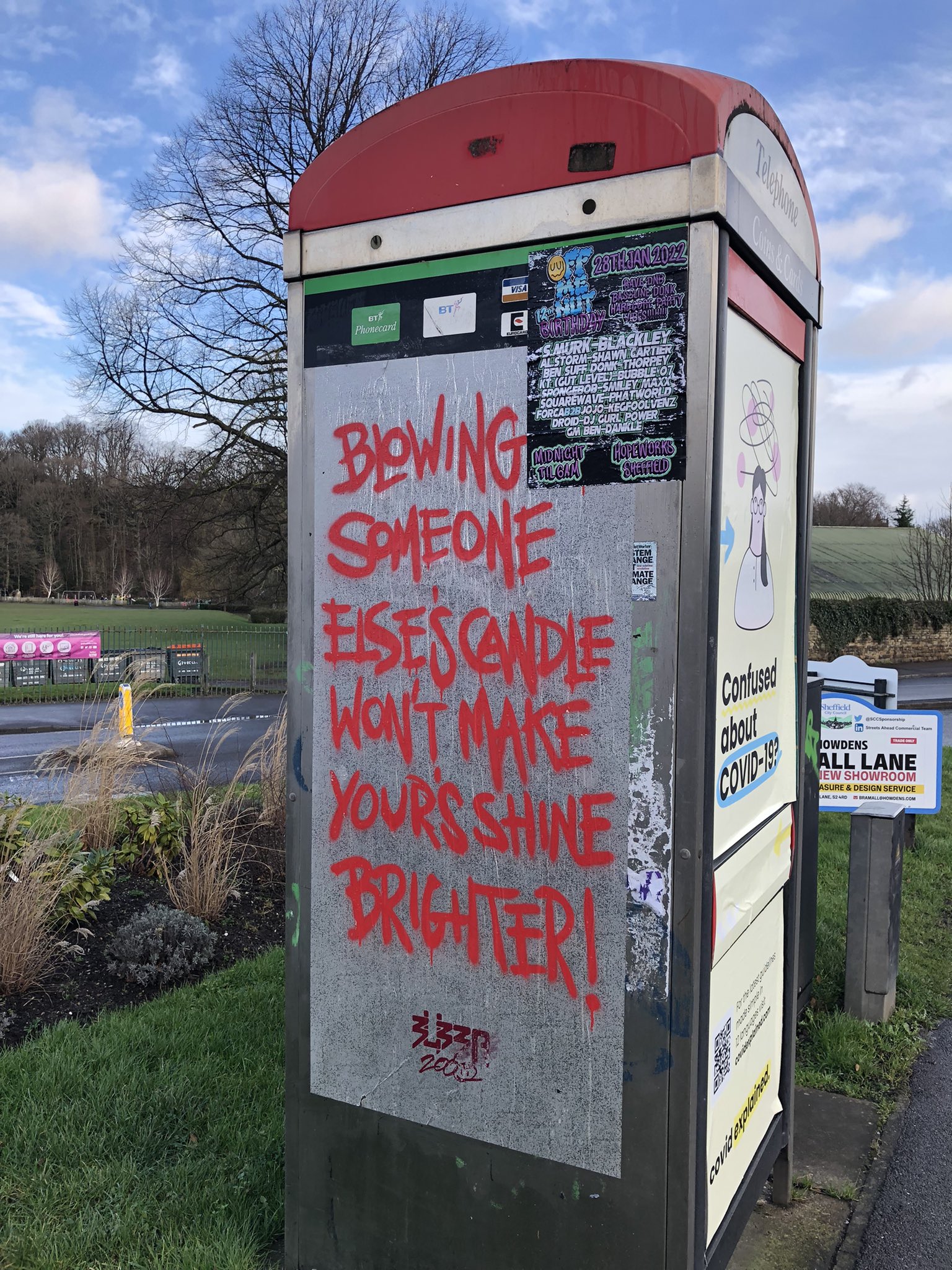 A Sheffield street artist who goes by the alias of Bubba 2000 has launched his new project across the city.

‘Words and Pictures’ consists of spray-painted quotes and images around the city, on bus stops and empty walls in a bid to create real life memes to make people smile. 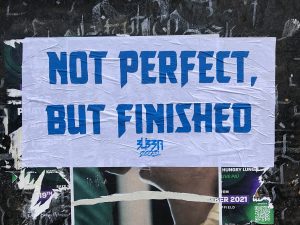 Source of all images: @steelcitysnaps

The artist, who likes to keep his identity anonymous, said: “I normally come up with, or see, a phrase and use that as a springboard to create a new illustration or painting. I’ve noticed a lot of memes and motivational quotes badly photoshopped onto buildings so I figured, “Hey, why don’t I just do it in real life?” Much like the reverse advertising of artist Barbara Kruger. I like to have a conversation with strangers through this.

“In an age where everyone is screaming for attention, it’s nice to think I can make a stranger smile, especially while we’re surrounded by advertisements everywhere we look. Why not advertise ideas?”

One of the most popular pieces was recently vandalised. It reads ‘Some people don’t applaud others, that’s why it will never be their turn’ and was spray painted onto a telephone box. After it was destroyed, the artist returned to the piece and cleverly responded with ‘And this is why your life worked out like it did!’ 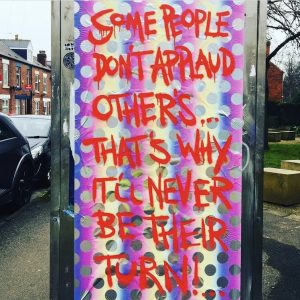 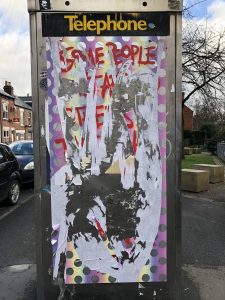 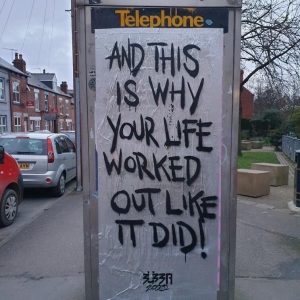 Referring to the incident, the artist, said: “It happens, it’s getting a reaction from someone, even if it means them not agreeing with what I wrote and doing it vindictively. Once you put a piece out there it doesn’t belong to you any more, it has it’s own life. It would be nice if some of the pieces could stay up for longer for more folk to enjoy but if someone destroys a piece, well, they’ve just cleared a spot for me to create something new.”

Street art is developing into a more widely appreciated art form, with projects like this driving the movement forward.

He added: “I remember taking my stuff into galleries, even coffee shops, and asking them if I could stick some pieces up to be told “No, that’s not proper art” so it’s great that it’s being more widely accepted.” 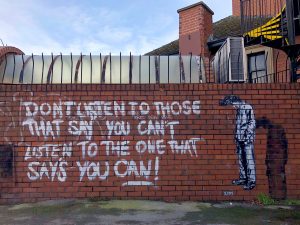