Barnsley man admits manslaughter of his mother in court 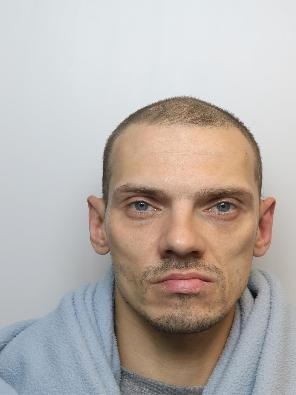 Renars Geslers, 31, was made subject to a hospital order with conditions preventing his release after Agita Geslers, 61, was killed at her home on Brierfield Close on May 25 2021.

South Yorkshire Police received a call at about 00.34am on the day from a neighbour reporting a disturbance at the address, and officers attended alongside Yorkshire Ambulance Service.

A family member in the flat described hearing Ms Geslers screaming within her bedroom and saw her son carrying out a sustained attack on his mother as she was leaving the room.

When they tried to help Ms Geslers, her son pushed them away and shut the door. He later fled the property.

Det Insp Adam Watkinson, from South Yorkshire Police’s Major Crime Unit, said: “This incident will have torn a family apart, and we hope that the conclusion of this case will help them begin to move forward from what happened.”

Ms Geslers was pronounced dead at Barnsley Hospital soon after arrival despite receiving attention from first officers and ambulance crews at the scene.

Mr Geslers was arrested at his home on Hoyle Mill Road, where officers found him washing items of clothing in his washing machine.

He was originally charged with his mother’s murder but prosecutors accepted a plea of manslaughter due to diminished responsibility.

Det Insp Watkinson said: “This was a harrowing and violent incident which would have brought shock to the community around Brierfield Close.”