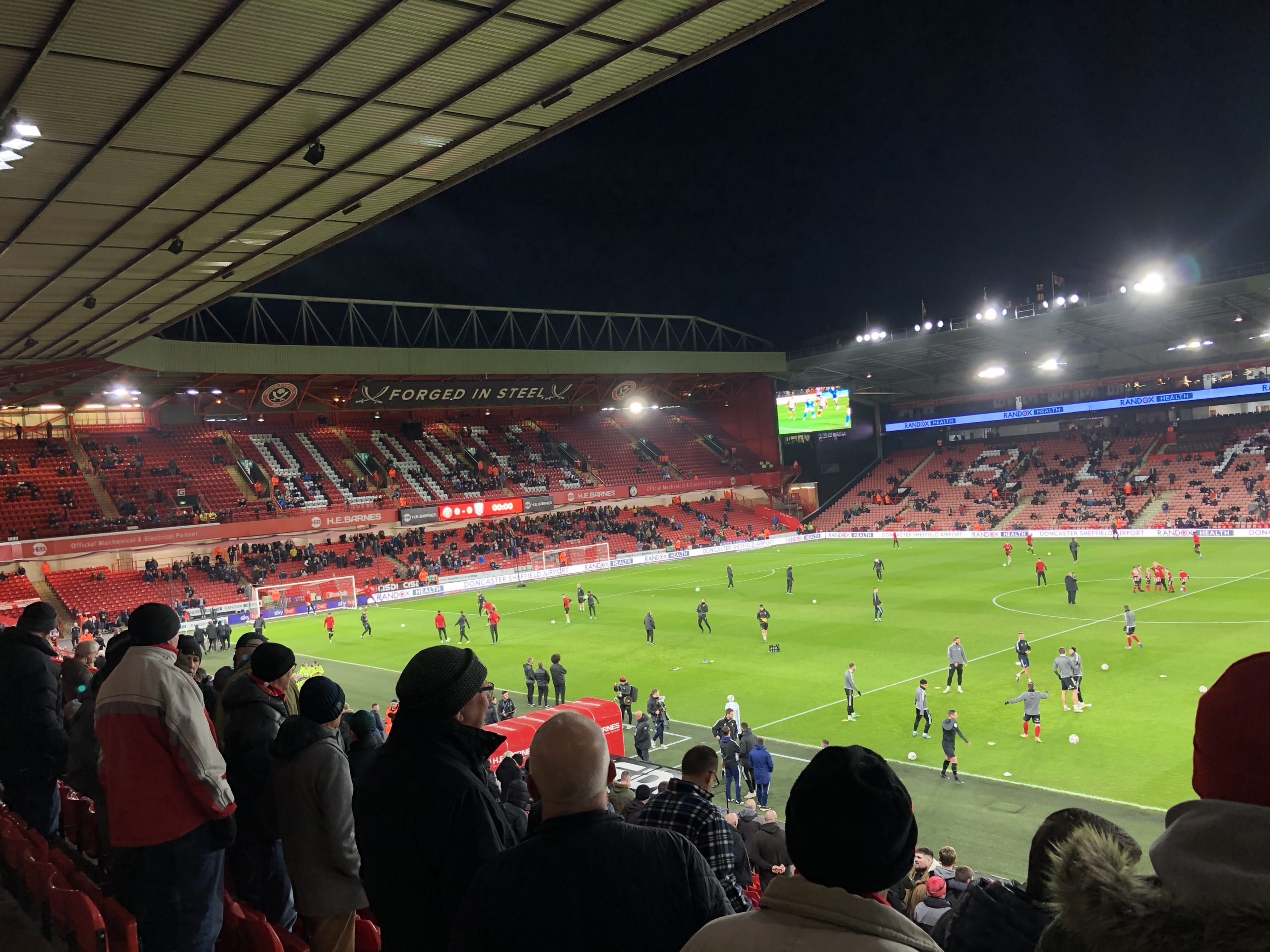 Sheffield United have won three of their last five games, West Brom on the other hand have dropped a total of 11 points in their five last games.

Manager Paul Heckingbottom made four changes to his team, starting Baldock, McGoldrick, Robinson and Hourihane and dropping Fleck, Berge and Norrington-Davies to the bench. Davies missed out.

In his first match as manager, Steve Bruce also made five changes to his side after their 0-2 defeat against Preston.

Prior to kick-off, former Sheffield United Mark Duffy, known as the “Bounce Slayer”, was brought out on the pitch in front of 26,541 supporters and received a great reception from the home fans, whilst a clip of his goal in the derby at Hillsborough was shown on the big screen.

It was West Brom who made the stronger start but against the run of play Sheffield United captain and number 10, Billy Sharp, took the lead 22 minutes in, after a lovely bit of build-up play involving McGoldrick and Baldock.

United and Sharp thought they had doubled their lead, after a brilliant pass from central midfielder Conor Hourihane, but the celebration was cut short by an offside decision.

The nightmare continued for West Brom when their central midfielder Jake Livermore was shown a straight red after a scissor tackle on Hourihane five minutes before half-time.

West Brom’s goalkeeper, Johnstone, made two great saves in the first minutes of the second half, keeping West Brom in the game and denying the Blades a second goal to kill the game.

David McGoldrick went down injured in the 67th minute and had to come off shortly after, replaced by Oliver MacBurnie.

Manager Heckingbottom said in the post-match press conference that the striker had: “Done something to his thigh” and that they don’t know the extent of the injury but that it: “looks serious given how he pulled up”.

Billy Sharp doubled United´s lead in the 81st minute with a curled effort into Johnstone´s corner.

After the second goal West Brom created few chances and United were awarded their fourth straight win which puts them right in the play-off mix in 10th place moving above West Brom, with games in hand.