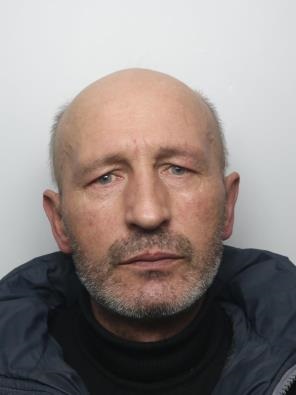 Petro Dziadevuch, 65, from Poland was driving his 44-tonne lorry down the A1 when police received a call from two HGV drivers who noticed his erratic driving.

Police officers attended the scene and breathalysed Dziadevuch who had 165 micrograms of alcohol in 100 millilitres of his breath. The legal limit being 35.

Sgt Mark Smith, said: “His decision to drink while driving a vehicle of that size and load was not only extremely dangerous and alarming but selfish. Dziasdevuch’s actions could have caused a fatality on our roads.

“He was unfit for questioning for over 16 hours while in police custody.”

The HGV drivers who saw Mr Dziadevuch’s dangerous driving used their vehicles to bring him to a stop and called 999 shortly afterwards.

Sgt Smith said:  “Drink driving will not be tolerated. The HGV drivers who brought Dziasdevuch to a stop demonstrated how majority of those who drive lorries for a living understand the dangers large vehicles pose to other road users and adhere to the standards and laws in place to minimise that risk.

“I would like to thank them for stopping a serious or fatal incident from occurring.”

Mr Dziasdevuch was sentenced to 16 weeks in prison at Doncaster magistrates’ court on Tuesday and has been disqualified from driving for 32 months.