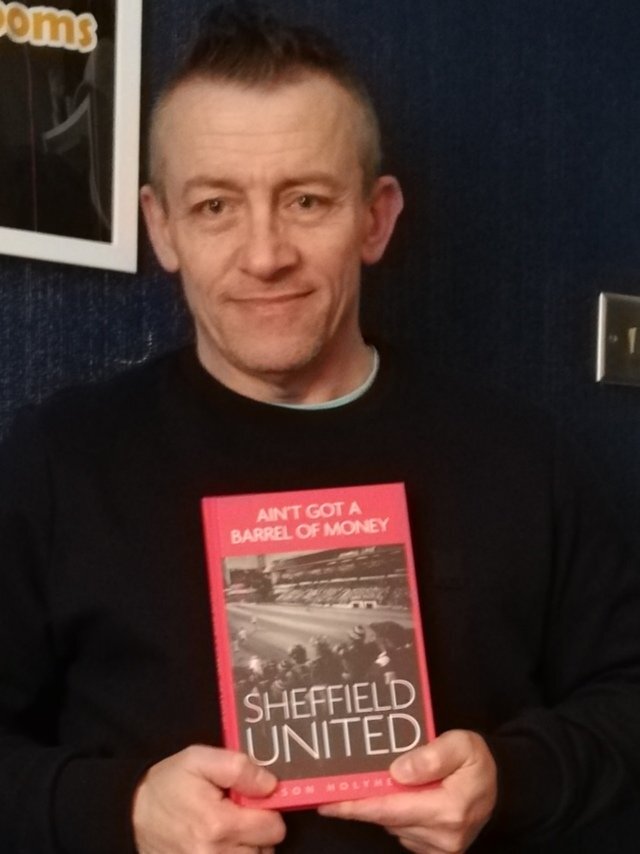 A lifelong Sheffield United fan and avid writer is releasing a book next week detailing the history of his beloved Blades.

He said: “I loved the process of writing a book and I loved the research into history even before my time. Just talking to some of the former players and getting their stories as a fan, left me awestruck.

“Growing up as a kid in the 1980s, my hero was Keith Edwards who was a United player at the time and interviewing him got me even more excited about writing.”

Jason, father-of-three and former trade union official, has been writing a blogs and articles as well as for an online magazine called ‘Over The Bar’ about League 2 and Sheffield United over the past few years.

Jason added: “I had organised to speak to former player Len Badger, but unfortunately lockdown happened and I never got round to meeting him. The idea was that we were going to meet up at Len Badger’s house and have a chat for a few hours.

“Len wasn’t very well and sadly he passed away, which was a real shame as he was really well thought of by fans and players” 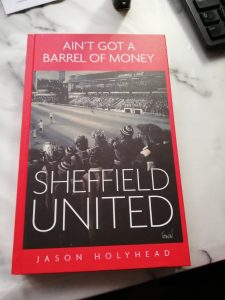 Jason’s new book, ‘Ain’t Got A Barrel Of Money’

The book focuses on the 70s period where in 1975, Sheffield United finished sixth in Division One, playing some of the most exciting football in the country.

However, within six years they had gone from the brink of greatness to relegation to the fourth division.

Whilst there are other accounts from players around this time, ‘Ain’t Got A Barrel Of Money’ details the seven year period with a variety of stories that make the story unique.

The author said: “There are stories from fans, players and I don’t think there has ever been a book that has got so many different people’s input in it. I hope it won’t be but it could be the last book where anyone speaks to these players.

“There is so much more scope for more books because there are different time periods like 1981 to 91 where United work themselves back up the divisions, so I could definitely see potential for sequels.”

You can purchase ‘Ain’t Got A Barrel Of Money’ here.