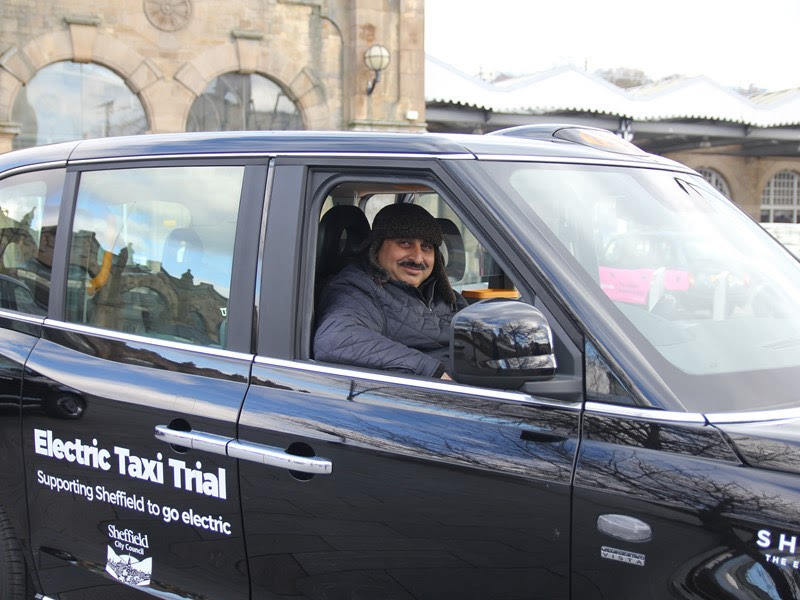 There has been a positive response to Sheffield City Council’s electric taxi scheme for greener roads.

Activists are happy with the scheme to reduce emissions from taxis, which they say are causing a lot of pollution in the City.

Lindy Stone, a member of Sheffield Friends of the Earth praised the council for their efforts.

She said: “We are very pleased that plans for the Clean Air Zone in Sheffield are finally moving forward.

“It should make a significant difference to NO2 pollution in the centre though we know careful monitoring will need to take place to ensure the traffic is not just displaced.

“Pollution from old diesel taxis, particularly around the station so electric taxis will be a real boon and certain to be very popular.

“It’s good that taxi drivers are getting a chance to try them out on a ‘try before you buy’ scheme – it’s common to be anxious about change but I doubt they’ll want to give back.”

The new scheme was launched by the City Council giving local taxi drivers the chance to trial electric taxis.

The council is working with Sherbet, which is a company which operates 500 electric taxis around the country.

The company helped to deliver the scheme out of many competitive tenders for the role.

Asher Moses, Founder of Sherbet, said: “Sherbet is set to now take the iconic London taxi to another level, continue to integrate with smart cities such as Sheffield and embrace the demand for clean, green, sustainable, and safe transport.”

All taxis are wheelchair accessible, with the aim of the scheme being to be cleaner  and saving on the cost of diesel.

The “black cab” style taxis will be available for two weeks and requires a deposit and £50 fee from each driver.

Drivers will also receive £50 to spend at ten rapid charging points which will recharge the taxis within an hour and charging points are located in places such as the Northern General hospital and Sheffield train station.

The scheme is funded through the Government’s Early Measures Fund for reducing air pollution and was approved by Sheffield’s Cabinet in November 2020.

The council uploaded the video introducing the scheme on their Youtube channel: