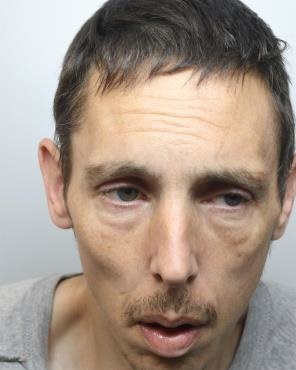 A 41 year old man has been sentenced to more than a decade in prison after threatening victims with a knife during two consecutive robberies.

Gary Day, 41, formerly of Mount Street, pleaded guilty to both robberies which happened within two days of each other. Day was sentenced on 10 February.

Day entered the McColls store on 3 September 2020 and threatened staff with a knife before running off with cash from the till, cigarettes and alcohol, Sheffield Crown Court heard.

On 1 September, he also robbed a nearby Lloyds Pharmacy, again armed with a knife as he forced three members of staff into the back before leaving with tablets and cash from the till.

Day also plead guilty to two charges of possession of a bladed article.

T/DS Tom Jordan said: “Being involved in an armed robbery is a terrifying experience and understandably can leave people traumatised.

“CCTV footage and witness accounts were key in securing the conviction of Day, and I would like to thank everyone involved for working so closely with us through this investigation.

“I am pleased that the Judge has passed a sentence which reflects Day’s reckless actions.”