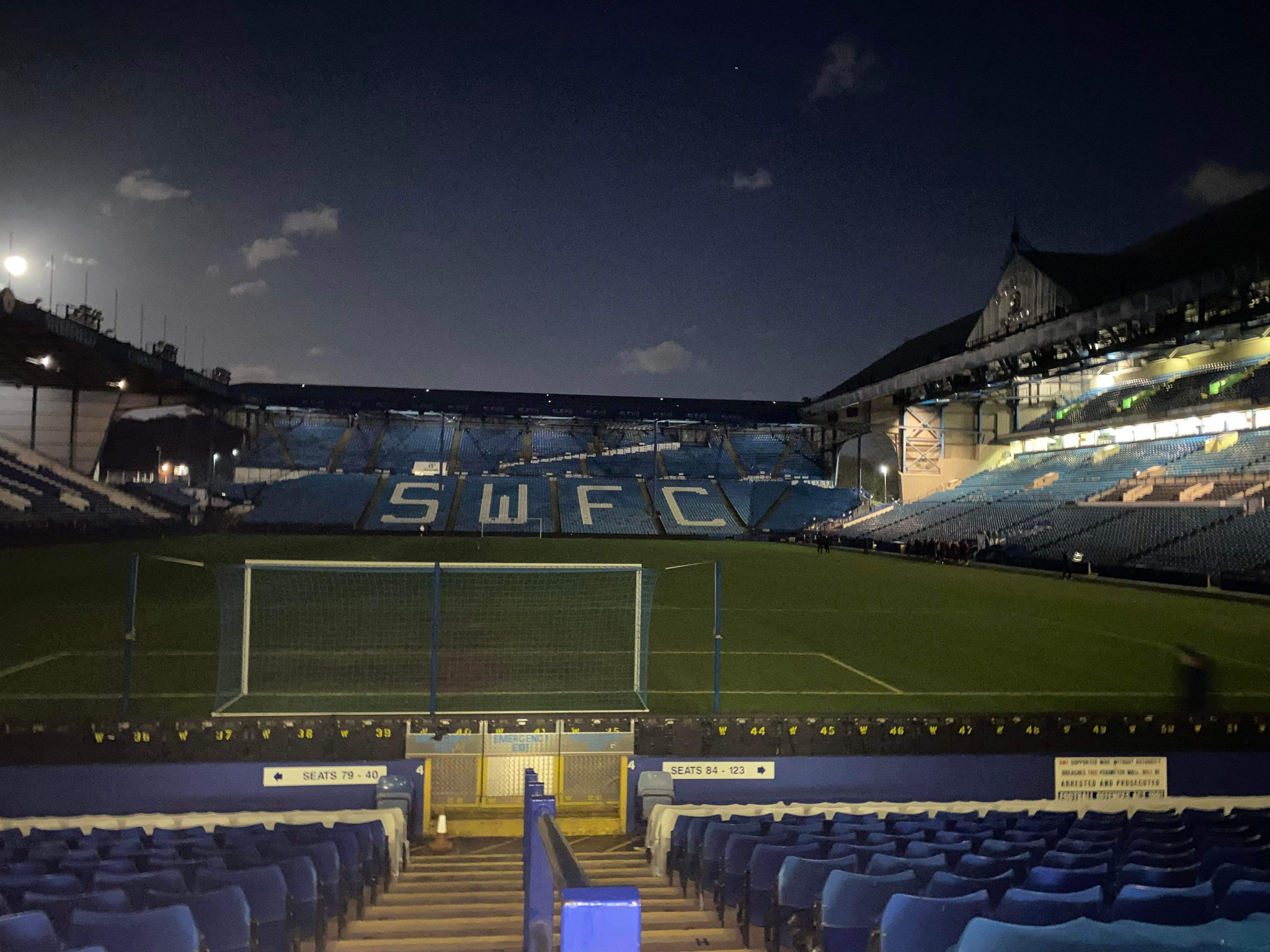 Fans of both Sheffield Wednesday and Accrington Stanley are in uproar over a late decision to postpone last nights league game due to a waterlogged pitch.

Supporters of the two League One sides were angry at being told just under 90 minutes before kick off that the game had been abandoned.

Tom Dooley, who had left for the game, said: “You know what supported this club for 50 years and we are now a joke club. How a referee cannot make that decision to stop both of our supporters and Accrington Stanley’s supporters from setting off. It’s disgraceful.”

A pitch inspection took place at 5:30pm at Hillsborough with the officials testing the bounce and if the ball could roll on the pitch. The decision took 50 minutes to reach, all the while leaving fans completely in the dark over whether it was going to be played or not.

In total, Accrington Stanley fans spent two and a half hours travelling on the five coaches put on by the club to travel to Sheffield.

Taylor Booth, who was on one of the five coaches coming from Accrington, said: “We had a phone call from at the club saying it was on. Five minutes later we saw it was off. Everyone was celebrating when it was on but when it got called off the mood went from high to low.”

Several groundsmen were out on the pitch with pitchforks tending to the pitch in between the time of the first inspection and it being called off.

Sheffield Wednesday fans took to twitter to show their frustration.

@niamh_k21: “What a joke. I feel for the travelling fans. No consideration of the fans either”

@JoeStatham1990: “All fans called this about 2 hours ago. Why can’t they make an earlier announcement? We all saw the pitch so fans have already set off, got half way there to find that out.”

In a statement issued on the Owls’ website, the game was postponed due to a waterlogged pitch and all tickets sold for the game will be available to use for the rearranged fixture.