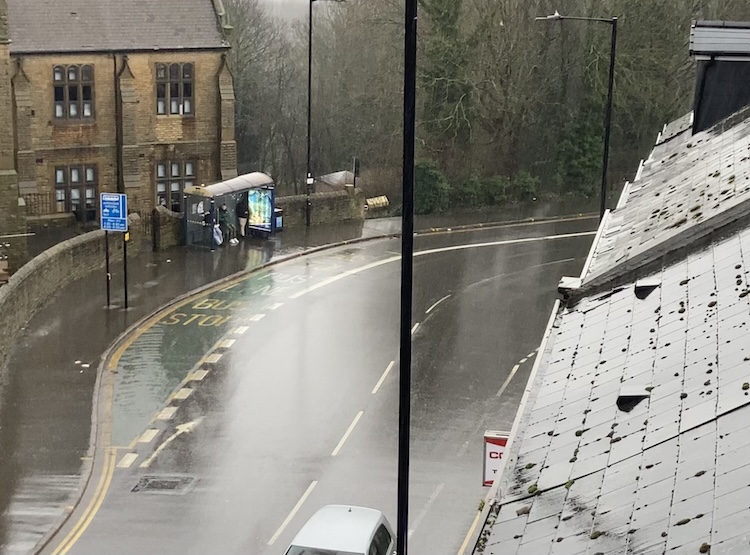 Storm Dudley has caused power cuts and train disruption across Sheffield with more to come as storm Eunice approaches.

Around 2,000 homes across Yorkshire have been left without power according to the Northern power grid following storm Dudley.

In Sheffield over 250 homes have been affected by power cuts and at least one tree has blown over blocking Derbyshire Lane.

Another 1300 homes are affected in the Bradford and Halifax area, while 180 homes in Harrogate and over 200 in Leeds.

An red warning for wind has been issued for large parts of England and Wales from Thursday afternoon into Friday as Dudley leaves and Storm Eunice arrives.

Storm Eunice is expected to bring strong winds across southern Scotland and also parts of England, Wales and Northern Ireland on Friday.

The Met Office is warning of significant disruption and danger to life from Storm Eunice, with gusts of up to 80mph.

Public transport has been affected with Northern train journeys being cancelled. The worst of it in Yorkshire is expected to hit North Yorkshire, the East Riding of Yorkshire and York.

National Highways, the government agency which maintains roads in England, has also urged motorists in the affected area to only travel if “absolutely necessary”.

An red wind warning is in place for parts of the North East, Cumbria, North Yorkshire and Lancashire as Storm Dudley makes its way across the country.

In Yorkshire, the Humber Bridge has been closed to high-sided vehicles while a number of trains between Leeds and London have been cancelled due to damage to overhead power lines.

The Met Office have warned of heavy rain, sleet and possibly some snow could be on as Storm Eunice moves in. And although Eunice’s strongest winds will be in the south, heavy rain and possible snowfalls are expected from the Midlands northwards.

If someone is without power and is vulnerable they can call 105.