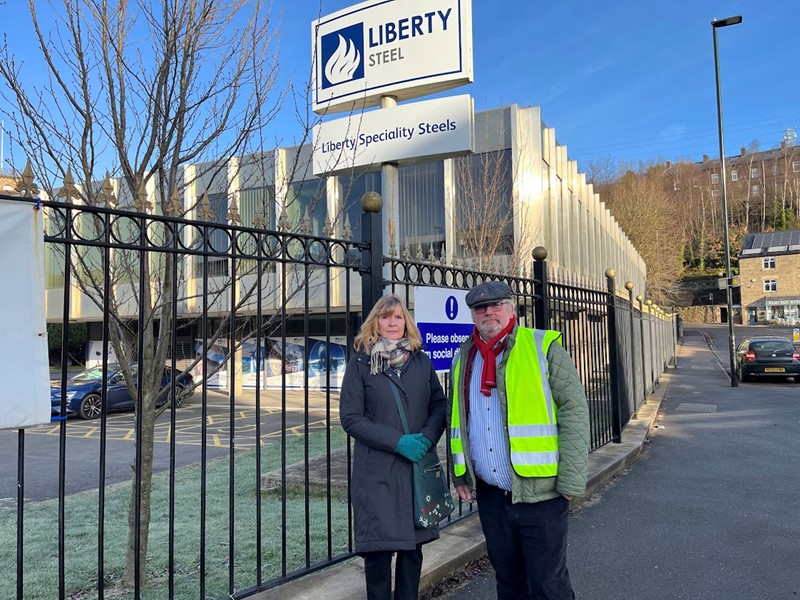 An online petition to protect hundreds of steel worker’s jobs has gained over 2,000 signatures as the threat of liquidation at Liberty intensifies.

The petition was created just under a year ago by local activist Alex Burnett. It received over 800 signatures within the first week and has now nearly reached its goal of 2,500 as worry increases about the huge number of families who depend on the income.

Mr Burnett said: “Steel has been made in Stocksbridge for over 150 years and is central to its identity and success. I live close to Stocksbridge and it’s a big part of my life.

“We can’t let steel slip away from Stocksbridge; the government must do all they can to protect it.”

Steelworks in Stocksbridge began back in the 1840s. Over the last 180 years, it has gone from producing wire for textile pins in a disused cotton mill to producing high-value products for the aerospace, oil and gas markets.

However, the plant has come under threat of administration following last March’s collapse of Greensill Capital, the financial services company that is owed billions of pounds by the Liberty Steel empire. This financial turmoil has contributed to unpaid debts to HMRC believed to be in the tens of millions of pounds. Now, the government is taking action.

Sheffield City Council leader Terry Fox and deputy leader Julie Grocutt have called for the government to protect the historic Stocksbridge steel industry as concerns for its future grow.

Miriam Cates, MP for Penistone and Stocksbridge, added: “In my conversation with the Steel Minister, Lee Rowley MP, I pressed for him to give assurances that, if Speciality Steels were to be forced into administration, the Government will step in to help find a buyer and enable the continuation of operations.”